This compilation album has a symbolic meaning. It was put together by DAME, the company running the Montréal “musique actuelle” imprint Ambiances Magnétiques. The name is usually associated to a generation of artists who by 2003 had around 25-30 years of musical activity behind them. Those numbers come pretty close to the average age of the artists on Sang9. Coming from all around the province of Quebec, but mostly from Montréal, these youngsters, “fresh blood” following the translation of the title, cover every aspect of avant-garde music, from free jazz to deconstructed rock, computer experiments, noise, sound poetry, and post-psychedelic freak-outs. The range of styles and talents is very impressive, but what strikes is the dominating presence of acoustic instruments over electronics. Highlights are numerous, so are interrogations triggered by the listening experience (what is this “string” Francis Arsenault plays in Face dans l’dash’s noise fest Bush on the Highway?). Personal favorites include Concorde Crash’s bastardized take on progressive folk, Pascal Desjardins and Frédéric Léonard’s Lavabo, Cléo Palacio-Quintin’s “hyper-flute” (a flute plugged into a computer, much like Carlos Bechegas’ MIDI flute set-up), Jocelyn “Doctor” Tellier’s sound collage Saturation du Marché (reminiscent of Ernesto Diaz-Infante’s home recordings), James Schidlowsky’s virtuoso prepared guitar, and L’Hexacorde’s personal take on new ensemble music, with early Univers Zero overtones. Four or five tracks out of 20 lack originality or taste, which is a respectable average for such a compilation album. Now let’s see which artists will get a full-length release out on Ambiances Magnétiques. 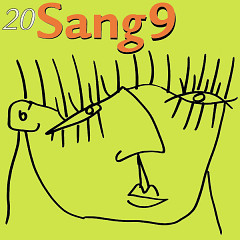