If we could give a prize to the most valuable Ambiances Magnétiques sideman (or woman), it would go to drummer Pierre Tanguay. Even though he is not one of the nine core members of the collective, he appears on more albums put out by its label than any one of them! But his career cannot be pinned down to the Montréal avant-garde scene. He has also been a valued sideman on the jazz scene, playing with Eric Longsworth, Jean Vanasse, Karen Young and a dozen of others, and is active in world music, especially with his Mediterranean folk group Strada. In Montréal he occupies a place comparable to Hamid Drake in New York.

Tanguay was born in Quebec City, 1957. He began as a jazz drummer, finding inspiration in the playing of Billy Higgins, Ed Blackwell and Paul Motian. A professional musician since 1978, he also studied African percussion for two years in the Comores Islands and went to Paris to study tablas and Indian music with Anand Kumar. When he settled in Montréal in the late ’70s, he was already an accomplished player. One of the first musicians he hooked up with was saxophonist Jean Derome who would later co-found Ambiances Magnétiques. Tanguay has been his trusty partner for decades, first in the scrapyard ensemble Les Patenteux du Québec and later in Jean Derome et les Dangereux Zhoms and Derome Tanguay Danse.

Still, at first Tanguay let the Ambiances Magnétiques musicians pursue their experimentations, preferring to ride a softer avant-garde jazz wave. In the ’80s he was part of Icarus with cellist Eric Longsworth and participated in bassist Pierre Cartier’s ensembles. His relentless working schedule and rare listening quality and musicianship established him as a leading session drummer. With Cartier and Derome he formed the Thelonious Monk tribute trio Évidence and by the mid-’90s he was involved in all major projects by Derome, René Lussier, Robert Marcel Lepage, Joane Hétu and Diane Labrosse. With the Dangereux Zhoms et toured Europe and the US, appearing at every major jazz festival.

Tanguay prefers the role of sideman, but he has occasionally stepped to the front of the stage, particularly in free improv duets with trombonist Tom Walsh (the album Midi Tapant came out in 1998) and Derome (Pinc! Plonc! in 2001). In 2000 he released a first solo album, La musique de mon disque, a collection of experimental ambient percussion pieces. Around the same time he also began to write and perform music for film, theatre and dance. 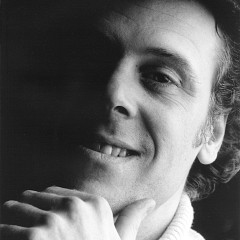 Pierre Tanguay
If we could give a prize to the most valuable Ambiances Magnétiques sideman (or woman), it would go to drummer Pierre Tanguay.