In the tradition of soundeffect music, here are some recordings by artists who use sound as material to be sculpted. In Jean-Pierre Gauthier’s recording, Machines consentantes and Hachures (1999/2000), we hear the sound of mech” anized drums, automated flutes and decoys, vibrating garage sheet metal and quite audible radio interference. This sculptor of homemade instruments occasionally works in tandem with Mirko Sabatini. The Italian drummer plays solo on his CD titled MK. Orchestrin, the fruit of Sabatini’s lengthy research on sound and the workings of his instrument. Michel Tétreault is another sound artist often present in the visual art milieu. One of his many recordings was produced with Japanese artist Yoshihide Otomo. In 21 situations (AM 069), they manipulated turnta” bles in a different way than DJs, creating unusual sounds. Lastly, Jocelyn Robert gives us a genuine sound performance with his recording 20 moments blancs lents created for the twentieth anniversary of Chambre blanche in Quebec City. Here the artist attempts to translate the gallery’s time into sound. 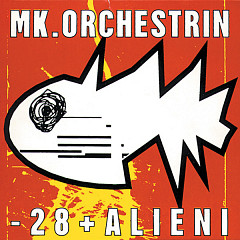