Released in 1999, Martin Tétrault and Otomo Yoshihide’s 21 situations documents 21 short improvisations for turntables (with and without treatments on the needles and vinyl), sampler and CD. Both Tétrault and Yoshihide are quite well known for both their innovation and daring in the improvisational community, and especially so when it comes to the turntable. Recorded in 1997, these 21 short (never much longer than 4 minutes, but most between 1-2 minutes long) deal with various themes that determine their titles: cartoon, science-fiction, conflagration, chant, jungle, chaos, tension, etc. Satellite, for example, has an eerie cosmic-like sound; cartoon is playful; and chant contains a strange human-made squawking. The mood of this disc is really quite playful, and even though there are some dips into darker themes and sounds, the over-all feeling is one of spontaneous experimentalism. Scratches, scrapings, loops, sharp cut-ups and collage work, grating textures of the needles on treated vinyl, and short glimpses of what the original records may have sounded like are the elements that keep you on your toes throughout the entire recording. Keeping the tracks short is a wonderful exercise for improvisers since it enforces a constraint on their process, an artificial compulsion to compress their language down to its essential elements, charged with meaning and energy. The effects on the listener of this compressed language is another matter, though. An immensely energetic and frantic release, and in spite of the unease it causes in my temperament, it still captures by interest and curiosity. 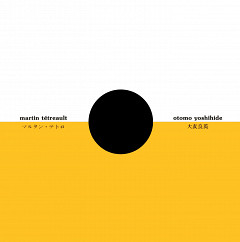 21 situations
… the over-all feeling is one of spontaneous experimentalism.