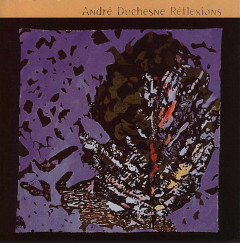 Réflexions
This must be a release made out of love for the instrument.