Lussier (guitars) and Tétreault (turntables) battle it out on 21 tracks with titles all ending inur” orure”. There are some great textures and sounds here. It is extremely intense and noisy a lot of the time, but in turn can also be admirably restrained. Spontaneous ideas are picked-up and tossed around, or only fleetingly glimpsed at. At times it sounds like people just messing around with a bunch of stuff. Which, by the way, is a good thing! 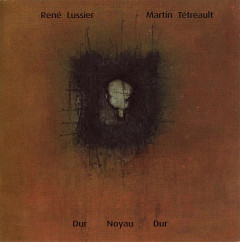 Basically the concept of this is: a duo playing turntables, lots of scratches, pops, clicks and squeaks, and varispeed opera vocals in improvisation against clarinet. Okay, it sounds nice and interesting for a while, becoming tedious as the idea wears thin. A shame, as it’s a good Dada idea when it works, and the parts that do work sound really disturbing andout there”. 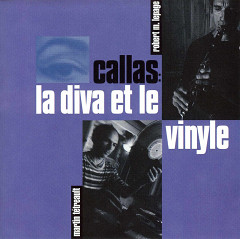 A very weird mix of various sampled and looped craziness… mice squeak and transmute into rusted chair castors, with soundscapes that are so surreal that they took me to many realms; not least so that some of this sounds like out-takes from the Magic Roundabout. It does sound like lots and lots of other explorations in sound and noise as art, but this is a very good one. Some of this comes close to Ina-GRM releases that I’ve heard, which is no mean feat. 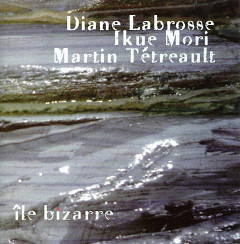 Île bizarre
… this is a very good one.

A quartet making a very avant-garde music. Melodies and abstraction collide to wonderful effect. This is based a lot around the excellent solo and group vocals, incidentally Mets ta langue meansput your tongue”, and some of the song oriented pieces reminded me of the Art Bears, with a similar attention to simplistic/complex detail. I prefer the more obviously structured parts, yet there great instances when the vocals descend into abstract sound alongside theManipulation de cassettes”, and free-jazz parts. 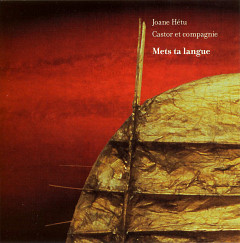 This release totals nearly an hour and forty minutes worth of strange, dark and sombre R10-ish French fusion. With fabulously controlled and complex drumming on the first track, it reminds me of a more restrained Magma. All of the semi-operatic vocals that appear throughout are the poems of Yves Bonnefoy, a French poet, writer and philosopher, and are extracts from a book of his poems.

Sometimes the music touches onto the likes of Henry Cow, Opus Avantra, and Bertold Brecht, though it has an identity of its own, fusing jazz, classical, folk and traditional French musics. Maybe it’s a bit over-long, but I did enjoy the majority of it. 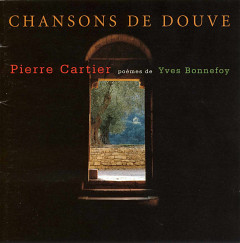 Chansons de Douve
Sometimes the music touches into the likes of Henry Cow, Opus Avantra, and Bertold Brecht, though it has an identity of its own, fusing jazz, classical, folk and traditional French musics.

Torticolis documents Jean and various cohorts live in concert. It veers towards some New York acts like Curlew or Material, as a very rhythmical and percussive brassy rock, transmuting to more subdued jazzy parts with someswinging” bass-lines.