“Is it the best of all possible worlds…?” (Vital, The Netherlands) It is a surprise to notice after more than fifteen albums that Le magasin de tissu (The Fabric Shop) is Jean Derome first solo album! But it is true, and fans as much as novices will find something rewarding in this intimate and innovative album. An adventure composed of improvisation and surprising juxtapositions. Plunging into his suitcase full of game calls, flutes, toys and found instruments, Jean Derome draws short improvisations from them, captures them on CD and then associates them randomly with a simultaneous playback by three CD players. A remarkable work in which a brilliant composer works with himself in a simple and efficient manner. 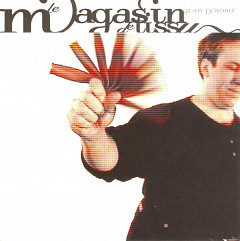 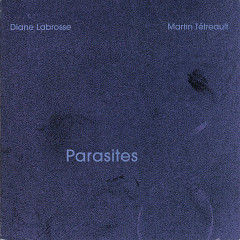 “… listening to Interférence Sardines it became clear to me that we have a new creative outburst here.” (Vital, The Netherlands) Four years after their first album, Mare Crisium, Québec City based group Interférence sardines offers a new album filled with surprising musical crossbreedings, Zucchini. Intrumental pieces and wild songs, dynamic and varied arrangements, Zucchini will seduce both the curious and the converted. 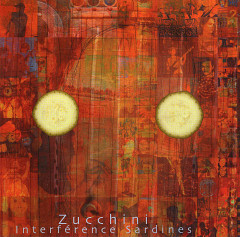 Six years after L’âme de l’objet, Michel F Côté presents a new album with his Bruire ensemble. Accompanied this time by Jean Derome (saxophone), Martin Tétreault (turntables) and Normand Guilbeault (double bass), the prolific percussionist gives on Chants rupestres 15 rough and spellbinding compositions, like the virgin landscapes our first ancestors had to face. Launched with an unforgettable show during the SuperBOOM events at La Chapelle, this limited edition is sold with unique hand-made cover art! 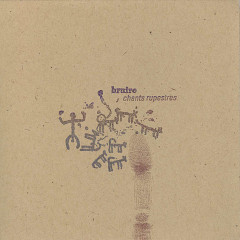 “A rushing brutal liberation from language and cadence…” (The Wire, UK) In the 80’s, Joane Hétu, Diane Labrosse and Danielle Palardy Roger sprung out of the Quebec musical landscape and seduced the world with their vitality, ardour and originality. One of the first Ambiances Magnétiques productions, the lp Les contes de l’amère loi (Tales of a Bitter Law) was out of print for more than a decade. This CD reissue is a wonderful occasion to discover again the work of these three women who help built, as musicians and producers, new music in Québec. 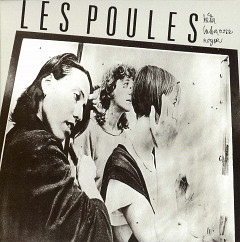 After the success of their last CD together, Île bizarre (with percussionist Ikue Mori), Diane Labrosse (sampler) and Martin Tétreault (turntable), offers us Parasites, where electronic noises and concretes sounds meets and fights to form yet unheard-of textures. This new CD was launched during a SuperBOOM concert at La Chapelle last November, just returning from a series of concerts in Europe (particularly at the Strasbourg museum of modern arts and at the Instants chavirés). Disquieting, dense and disturbing, Parasites will fulfill every abstract music lover’s desire.