Four DAME albums are nominated for the 2006 Opus Prizes. Steve Reich: Different Trains by the Bozzini Quartet and Three Cities in the Life of Dr Norman Bethune by Tim Brady are both nominated in the “Disc of the Year — modern and contemporary musics” category. As for Chansons de la belle espérance by Pierre Cartier and The Feeling of Jazz by Trio Derome Guilbeault Tanguay, they are nominated in the “Disc of the Year — Jazz and world musics” category. Additionally, Filature by Joane Hétu is nominated for “Premiere of the Year.” The 10th Opus Prize Gala will take place on January 28, 2006 at the Salle Claude-Champagne, Université de Montréal. 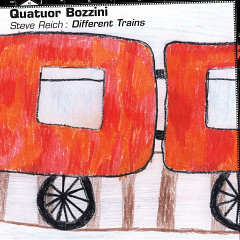