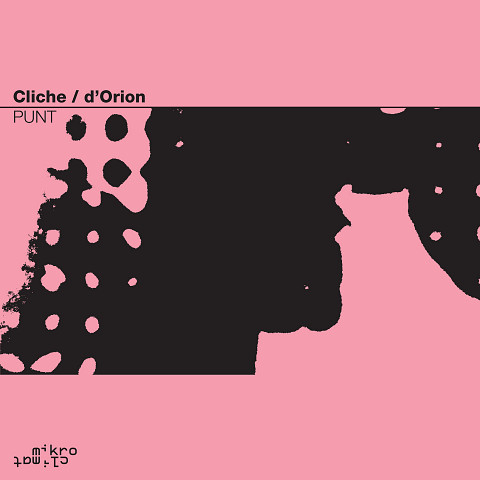 … breathtaking results, as beautiful as they are electrifying. Don’t even think about headphones for this one: this is an album for speakers, and should be played as loud as you possibly dare. — 5:4, UK

Punt (in American and Canadian football): A kick performed by dropping the ball from the hands and then kicking it before it hits the ground.

Spontaneous electroacoustic music from Cliche and d’Orion (both active members of the label/collective Kohlenstoff): far from all forms of narration, this is radical, noisy, swift stuff. With Punt, the duo has decided to opt for dynamic compositions that blur boundaries between extremes: pop music and noise, new age and death metal, digital and analog. Elastic rhythms rub shoulders with mechanical grooves, flirting at times with saturation. Each track is borne out of a series of improvisations, with the two composers determining/choosing the different items to keep/join together/cut/paste. 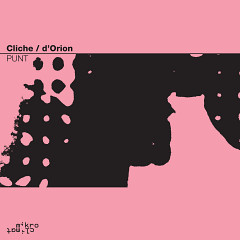 One of the mid-length releases i’ve been revelling in most lately is Punt by Érick d’Orion and Guillaume Cliche. It exhibits something i always treasure in music of all kinds: complexity as the product of relative simplicity (which is usually the most interesting kind of complexity). The nine electronic pieces on Punt, which were improvised and range from around 2 1/2 to 6 minutes’ duration, share a lot of similarities. Perhaps the most obvious, because it features so often, is the superposition of very rapid ticks or pulses with material that either seems contrastingly suspended or manifests in amorphous, nebulous forms.

What’s so exciting about these superpositions is how they’re dramatic in their own right — forming extended periods of mounting and/or maintained tension — and regularly lead to or even precipitate instances of eruption and overload. It’s a simple but highly effective melding of (ostensible) stability and free-wheeling caprice that has the most hypnotic effect (each time i listen i find myself forgetting to breathe). In opening track blitz it forms the basis for what feels like the most prolonged build-up you’ve ever heard, yet this sequence lasts less than 90 seconds. What ensues is pure exhilaration: a deep throbbing drone and thwanging bass notes absolutely caked in the most squelching, squalling detritus. yard behaves similarly, accumulating layers of rapid-fire ticking that continue despite being plunged into a sticky miasma through which muted traces of where we came from can be dimly heard far above. It’s one of a number of instances throughout Punt where the re-emergence into the musical ‘light’ triggers an irrevocable corrosion, its elements quickly falling apart and dissolving before our ears.

mach finds the repetitive layer articulated as pounding beats which find their opposite in swooping glissando tones overhead. d’Orion and Cliche simply move back and forth in their emphasis on these two ideas, and i can’t help feeling the results are all the more effective not only due to their simplicity but also their brevity; mach makes for a pretty breathless three minutes. In Furose the tables are turned somewhat, initially at least, the entry of the beats becoming a climax after a minute and a half of intense piercing and grinding tones. Thereafter these beats set up multiple strata of repetitions, some percussive, some pitched, all flecked wildly with hot electronic splurge.

Elsewhere in Punt the contrasts thrown together are less polarised and more cohesive. pinte is essentially a short study in shape-shifting pitches, some of which speed up and down into temporary pulsations while unchanging sonar-like pings resonate all around. Houston and Razzia inject large amounts of warmth into their respective soundworlds. In the former it comes in a transfixed ambient wave, within which we glimpse, among other things, the possibility of voices; in the latter an expanse of exquisite hovering chords is for a time made to ripple and undulate by pounding beats on its oceanic floor.

All of these ideas find their apex in the concluding pair of tracks, which push them to epic proportions. Rio Grande projects the ambient richness into a vast space, its slowly-shifting hanging chords periodically made to throb due to massive deep pulses. There’s a real sense of the cosmic here, especially as the after-effects of these pulses cause an ever growing mixture of glimmering and juddering to stretch across its sonic universe. Sheer ecstasy. Final track yard (nouvel-âge) returns to the album’s original idea, though now its rapid percussive ticking sounds inextricably interconnected to the gentle pitches floating over them. At the mid-point they begin to meld, the beats transformed into motes of light dancing on and bouncing off its own surface. It leads to a thrilling denouement of full-force radiant clatter, in the midst of which we see thin shards and slivers of light penetrating through, until everything distorts and the music erodes itself out of existence.

I’m embarrassed to admit that Punt passed me by when it was released last year, but I’m delighted finally to have discovered it — and though i’ve subsequently been returning to it many, many times i still can’t get enough of it. It’s a dazzling example of how simple ideas can lead to breathtaking results, as beautiful as they are electrifying. Don’t even think about headphones for this one: this is an album for speakers, and should be played as loud as you possibly dare.

… breathtaking results, as beautiful as they are electrifying. Don’t even think about headphones for this one: this is an album for speakers, and should be played as loud as you possibly dare.