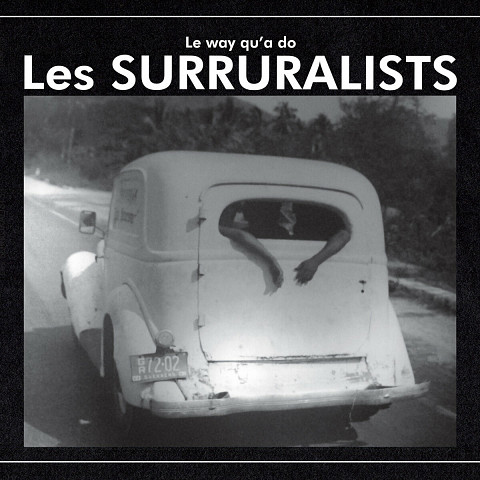 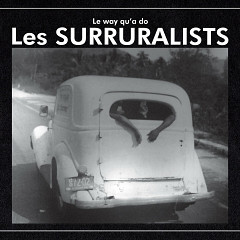 Guitarist and poet, Toronto-born and Nova-Scotia resident, Arthur Bull enjoys a compound musical identity. He has been a part of the Canadian improvising community for decades, developing a personal idiom that draws in equal parts from the extended techniques of free improvisation and the slide and finger-style traditions of blues and folk idioms. These two CDs, from Spring 2018, present Bull in radically different, if equally radical settings.

The Surruralists is essentially a duo of Bull and electric bassist Éric Normand, though guests sometimes contribute to a music that’s at once timeless and timely. The two (sometimes subtly, sometimes not) merge free improvisation with folk singing, mixing French and English traditions to craft a primal music in which country tunes and proto-rhythm ‘n’ blues collide with flashes of an unearthly sound art. Bull’s raw baritone and slide guitar drive Jack o’ Diamonds and Frankie (and Johnny), while his gift for epigram emerges on the spoken Skidmarks: “I couldn’t count how many ways the woodpecker could divide the beat.” Normand adds weird electronic burbles to condition familiar themes, and he’s eloquent on the dirge La courtisane brûlée, with Bull adding plaintive harmonica and Ben Grossman a funereal vielle à roue (or hurdy gurdy).

Among Bull’s international associations is one formed in 2002 with drummer Roger Turner, a charter member of the British school of free improvisation. Turner’s sometimes machine-like approach can be traced directly to an early appreciation of the brilliant precision of Dave Tough, the drummer who propelled the rise of Chicago jazz over ninety years ago. Anyone who imagines free improvisation to be somehow vague in its contours simply hasn’t heard Roger Turner. In 2018 Bull and Turner expanded their duo with the addition of trombonist Scott Thomson for a tour (as Monicker) that stretched from Southern Ontario to Nova Scotia.

No blow by blow description could do justice to Spine: the music is mercurial, each of the CD’s six tracks a continuum of shifting, permutating relationships and voices, much of it conducted at incredible speed, from Thomson’s burbling register leaps and runs, squeezed through a metal mute, to Turner’s high-pitched clatter. Bull’s voices range from long, wandering bass glissandi to high-speed flurries of metallic scatter-shot, liable to be confused with some of Thomson and Turner’s own voicings, but the very determination with which the three proceed soon destroys any identikit game of “he said, he said” with a conclusive “When was that?” It’s a high-water mark in Canadian free improvisation.