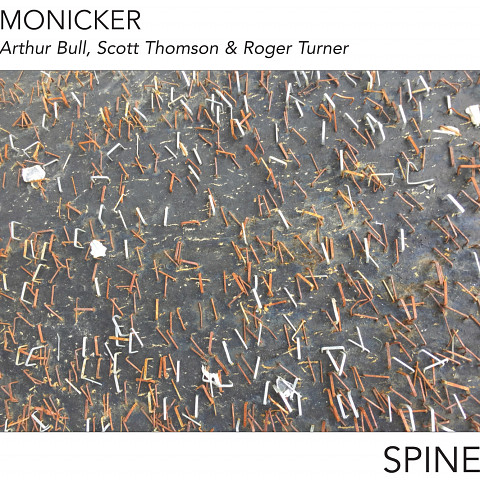 Sitting down to listen to an album of improvised music is like sitting down to a dinner prepared by guest chefs given artistic license. — The Squid’s Ear, USA

Very manoeuvrable and vivid interactions, built from small gestures and movements by all three players. A joy! — Vital, Netherlands

Arthur Bull and Roger Turner first played together in 2002 as part of a workshop ensemble at the Guelph Jazz Festival. After periodic concerts as a duo and in other ad hoc contexts in the intervening years, they invited Scott Thomson to join them during a Halifax residency in 2017, after which they adopted the bandname, Monicker. Spine is their first disc, recorded at David Bryant’s charming Montréal studio, The Pines, during a June 2018 tour of Eastern Canada. 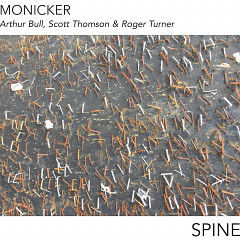