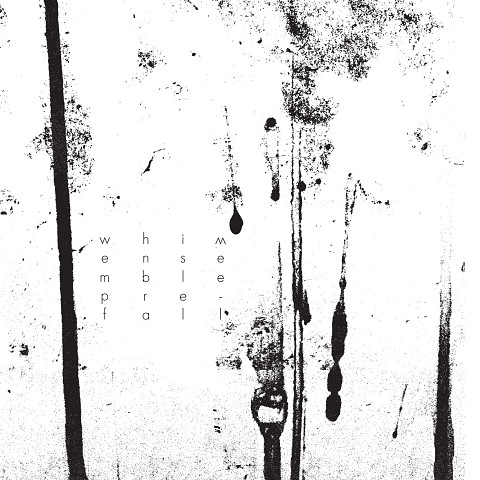 … let this incredible release engulf you whole. — Can this even be called music?

Pre-fall emerged through the process of researching and exploring the interactions between our sound worlds. We created a progressive work derived from a thematic core that is shown in different angles, perspectives, and dimensions. On the one hand, the musical material is developed by imitating the electroacoustic compositional process, where a basic pattern is extracted and manipulated through different techniques such as cutting, splicing, looping, reversing, etc. On the other hand, new creative possibilities emerge as we add our spontaneous reactions that are characteristic of improvisation. Our music is composed in a perspective of reciprocal influence, in response to the different musical expressions proposed by the other, so as to generate a sound loop always seeking to complete and enhance each other’s ideas. The name pre-fall can have multiple meanings, and we would like to keep that ambiguous. The title of each piece is simply the countdown of the total duration of the album.

Whim Ensemble is Ofer Pelz (prepared piano, percussion) and Preston Beebe (percussion). Both are new to me. Beebe is a composer and percussionist with a strong interest in using technology, live as well in the studio. Preston studied composition, electronic music, and percussion at several institutes. For example from 2014-2015, he studied at IRCAM and composed a work for baritone saxophone & electronics, performed in the Centre G. Pompidou in Paris. As a duo, they debuted in 2016 with a release for the Montréal-based Kohlenstoff label. The music keeps the middle between improvised and modern composed music and moves within abstract territories. They have a very varied sound palette to their disposal, using prepared piano and a variety of percussive objects and gadgets. Some of their improvisations are very intense and dramatic, like the opening one Four Zero, that sounded like an abstracted version of a Morricone-theme. In other improvisations, I missed however something. Lovely sounds, but a bit too much sounds only, missing an idea, focus or direction. Just dwelling around. But in contrast, there are also some dazzling perspectives opened up by them. The rich sound spectrum built from scraping and percussive sounds, lead up fascinating timbres and textures full of details.

The avant-garde duo of pianist Ofer Pelz and percussionist Preston Beebe just released Pre-Fall, an amalgamation of various experiments in the spontaneous synchronicity of the two performers here. While the recorded output is a fantastic experience in its own right, there is something truly mesmerizing in witnessing such performance being played live, as I had the chance to. Hopefully, you’ll get to do the same, but in the meantime, let this incredible release engulf you whole.