While it’s the wedding of poem and sound that unites these works, moments of spontaneous musical creation abound… — The WholeNote, Canada

Songs & Dances from The Muted Note (Ambiances Magnétiques 227) is a 2015 studio recording of a suite of eleven songs by Scott Thomson, settings of poems by P.K. Page (1916-2010), one of Canada’s distinguished literary figures. They are performed by The Disguises, Scott’s quintet with Susanna Hood (voice), Yves Charuest (alto saxophone), Nicolas Caloia (double bass), and Pierre Tanguay (drums). The suite is the basis of The Muted Note, a 2014 stage work featuring Susanna’s choreography with fellow dancers, Ellen Furey, Alanna Kraaijeveld, and Bernard Martin; live music by The Disguises; and lighting design by Paul Chambers. The dances, like the songs, are made to be animated by solo and group improvisation, and to activate the poems, which speak (sing) of Page’s loving attention to the nuances and delights of the world around her. In addition to the stage work, The Disguises have had numerous quintet performances of this material — typically in a club context — which feature Susanna’s dance improvisations in addition to her vocal contribution.

Scott’s notes on the songs:

This item can be downloaded and/or listened to at thedisguises-actuellecd.bandcamp.com. 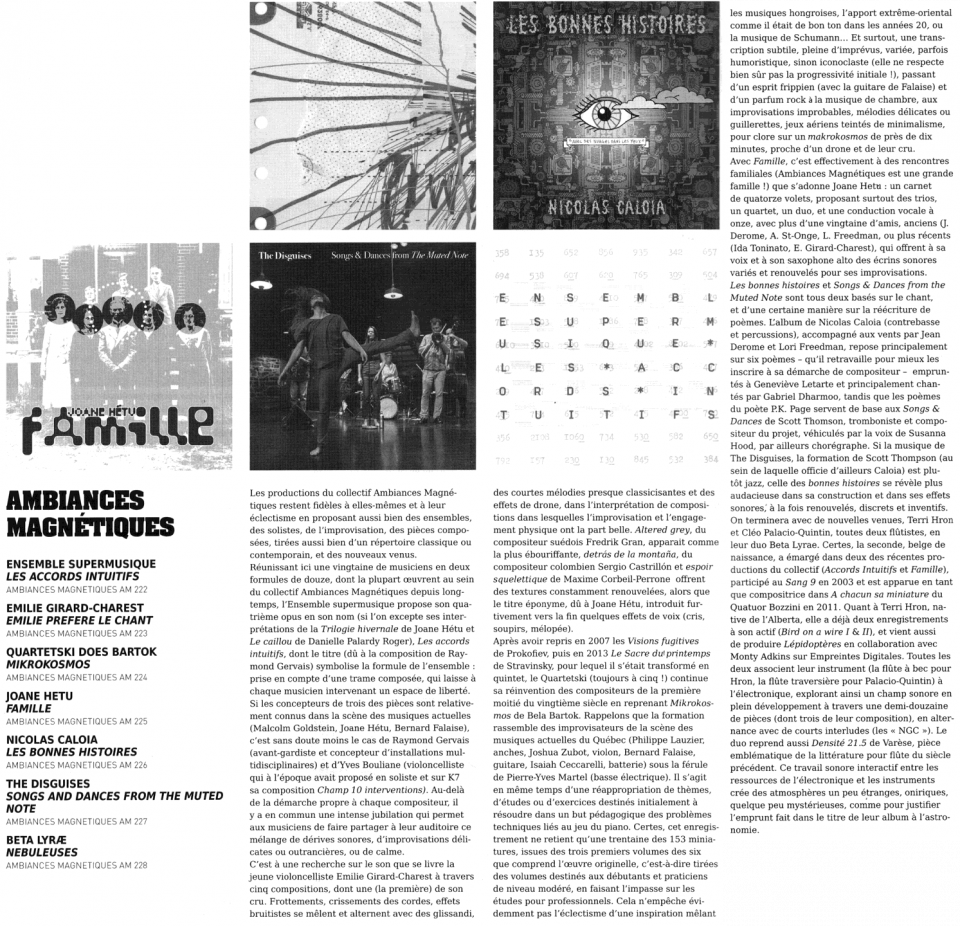 While it’s the wedding of poem and sound that unites these works, moments of spontaneous musical creation abound…