… Seven presses a Messiaen-like vision into and through the present. — Musicworks, Canada 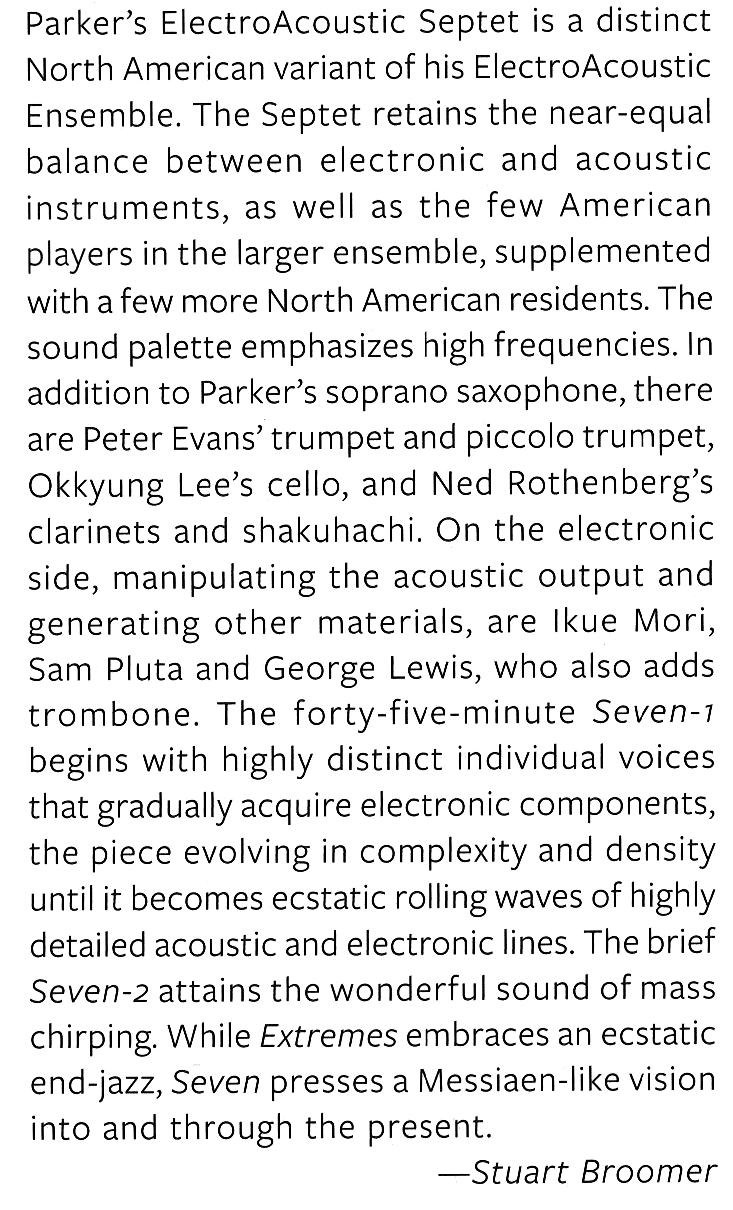 The record demands repeated, and varied, listening: on headphones, or filling up the room. 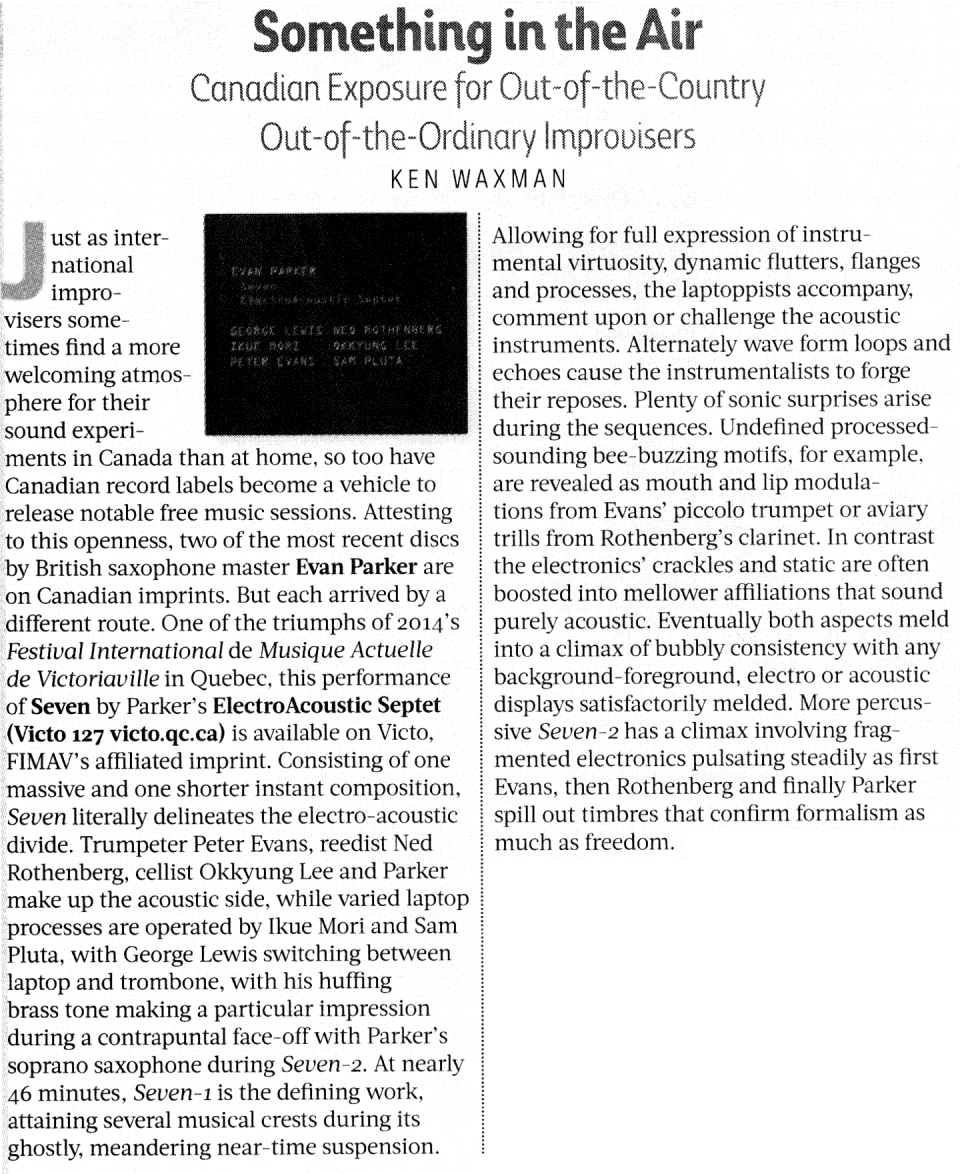 … Seven-1 is the defining work, attaining several musical crests during its ghostly, meandering near time-suspension…