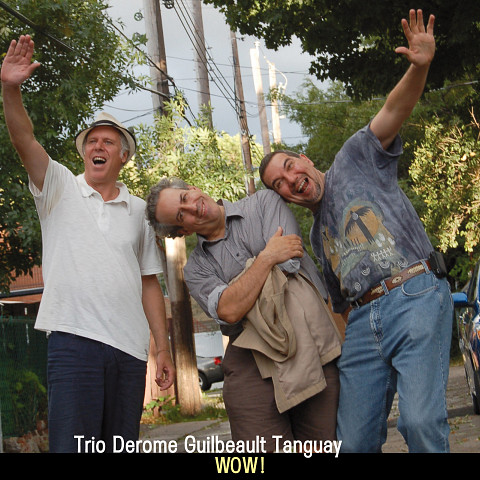 Wow! is a fine release, because it brings a new perspective for people like me — Vital, Netherlands

It’s one of Canada’s essential bands, whatever your sub-genre of choice. — The WholeNote, Canada

After their first eponymous record featuring 10 composiitons of Jean Derome; The Feeling of Jazz, a journey through the whole history of jazz; the dvd-only Etymologie, a live recording of the band’s appearance at Montréal’s OFF Festival de Jazz; and their fourth’s effort, Danse à l’Anvers, finally here’s Wow!. It features three originals by Derome — La Danse de Raphaelle, Mes enfants and Palestine —, and four standards: The Best Things in Life Are Free, a 1927 song penned by Ray Henderson; Wow and Dreams, both written by be-bop pioneer Lennie Tristano; and The Baron, a composition by modern jazz giant Eric Dolphy, originally dedicated to the great Charles Mingus.

This item can be downloaded and/or listened to at trioderomeguibeaulttanguay.bandcamp.com. 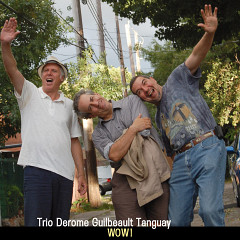