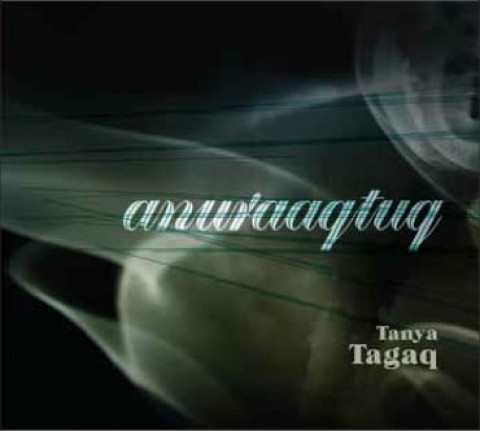 Anuraaqtuq is an hour of out-of-her-gourd spontaneity. The freedom of the extended improvised session suits Tagaq well; She has nothing but room here to stretch and freak out. — The Squid’s Ear, USA

It was a spectacle no one who attended will soon forget. — Downtown Music Gallery, USA 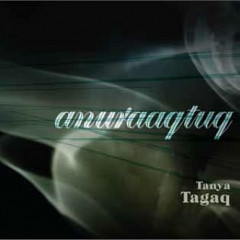 Having earned her avant pop stripes working with Bjork and Mike Patton, Inuit throat singer Tanya Tagaq plunged deeper into the fringes at the 2009 Guelph Jazz Festival where she was paired with drummer Jean Martin and violinist Jesse Zubot, two movers in the Toronto out jazz scene. To say her music got stranger or more abstract would be hasty — the tradition she mines is pretty deep — but she now had a standing band and was plugged into the Canadian festival circuit.

Tagaq is an animated performer. Enormously so, and the tradition of Inuit throat singing lends well to that. Similar in technique to the more familiar Tuvan throat singing (made known in the free improv world by Mongolian vocalist Sainkho Namtchylak), the Inuit style is more centered on storytelling and humor. The singer may portray hunting scenes, emulate animal sounds, or reach deep into fear, sadness, joy or sexuality. Tagaq draws from all of these in her evocative performances. She is raw and unbridled and often channels an eroticism unusual in the staid and intellectual free improv scene. (No sex please, we’re post-jazz.)

Anuraaqtuq is Tagaq’s third record and her first with Martin and Zubot. The 2005 Sinaa received scant distribution outside Canada, despite winning several Canadian Aboriginal Music awards, so 2008’s Auk/Blood, released on Patton’s Ipecac label, was many listeners’ first introduction to her. It was a daring but uneven record, pulled in different directions by a varied cast of contributors. Anuraaqtuq on the other hand is an hour of out-of-her-gourd spontaneity. The freedom of the extended improvised session suits Tagaq well; She has nothing but room here to stretch and freak out. And drenched in reverb, the disc is far from a stark and pristine session. Martin and Zubot play their parts perfectly, always supporting her but never letting the ground beneath her feet get too firm.

Ten years into her performing career, it still seems early to tell where Tagaq might go with her avant garde Inuit art. But there’s a world of long-form experimentation already inhabited by such vocalists as Namtchylak, Makagami Koichi and Phil Minton, which is there for the taking if she wants it.

Anuraaqtuq is an hour of out-of-her-gourd spontaneity. The freedom of the extended improvised session suits Tagaq well; She has nothing but room here to stretch and freak out.

Although Ms. Tagaq is a Inuit throat singer from the northern region of Canada, this doesn’t begin to explain her exhilarating and incredibly intense performance at the Victoriaville Festival in May of 2010. I had caught her once at the Guelph Fest in a more intimate improv situation but her Victo debut was something else altogether. She wisely chose two of Canada’s best improvising musicians to collaborate with: violinist Jesse Zubot (Vancouver-based & head of the Drip Audio label) and drummer Jean Martin (Toronto-based & cofounder of Barnyard records). Both visually and vocally, Ms. Tagaq was a bit over-whelming as she delivered her own strange, animalistic vocal sounds and danced like a demon in flames. It was a spectacle no one who attended will soon forget. Tanya’s uses her voice in odd ways, twisting and bending it into shapes not so easy to describe. Snarl opens with just Tanya moving between two different vocal characters or inflections: a young woman with higher more fragile voice and an older woman with a breathing problem or hoarse witch-like quality. Slowly Jesse adds fractured strings and Jean adds subtle percussion, as the trio blends and builds the into a tight frenzy, casting their own spell over the attentive audience. Ms. Tagaq’s throat-singing is much different from the Mongolian throat-singing that most of us have heard in the past, giving it an exorcist sort-of quality. Mr. Martin adds eerie electronic samples on Plush and perhaps he is the one who adds echoes or manipulates Tanya’s voice adding another layer or two. Being present at this concert, I was somewhat overwhelmed by the visual content and loud volume, but listening to the disc I hear more of the connection between the players and the overall music display or picture. Tanya often sounds as if she is playing different characters, from a crying little girl to a scary old lady. Jesse and Jean do a fine job of adding their own sympathetic interaction selectively and at times just laying out while Tanya creates another voice or presence. Like all CD’s on the Victo label, the sound is superb and well-balanced. At times it hard to tell that Ms. Tagaq is making those sounds herself, they are completely captivating and sound like the language of a friendly alien.

It was a spectacle no one who attended will soon forget.

Exiting the venue back in May 2010, we all knew we had just witness something incredible, magical. Then, time took its toll, and we started doubting; we caught other shows by the artist, and we doubted again, Finally, this CD arrived and, well, it was real, we DID witness a moment of pure magic, a moment this record faithfully preserves. Anuraaqtuq is the first recording by Tanya Tagaq’s trio in its incarnation since 2009. With drummer Jean Martin and violinist Jesse Zubot, the Inuit singer completely eschews her previous pop records to dive headfirst into ultra-emotional free improvisation. She screams, cries, yelps and orgasms, transmuting the most atavistic human emotions into a spellbinding song. And that particular night, she reached new heights before an audience that, unlike what she was used to, was taking it all in and asking for more. A communion the likes of which I have rarely witnessed — and whenever I did, it was always at FIMAV and nowhere else.

She screams, cries, yelps and orgasms, transmuting the most atavistic human emotions into a spellbinding song. And that particular night, she reached new heights…