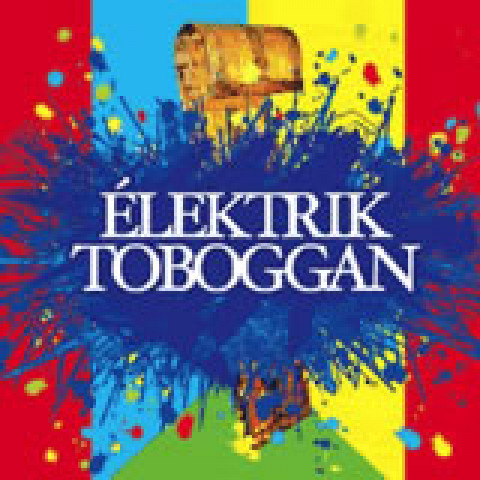 At its best moments, there is some truly satisfying three-way interaction. — Hour, Québec

… a document that answers one delighted journalist’s plea, “This was a most magical set that will hopefully be released in the future.” — The Squid’s Ear, USA

Recorded at the 25e Festival International de Musique Actuelle de Victoriaville on May 19 2008. 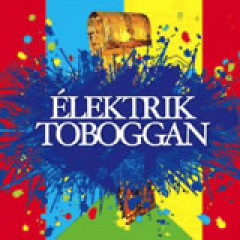 This recording of the first-ever performance by René Lussier, Martin Tétreault and Otomo Yoshihide demonstrates the major pitfall in recording improvised music: the lack of visual context. One of the pleasures of a live improvised performance lies in watching the musicians interact, and certainly this was the case when Lussier, Tétreault and Otomo met on stage at the 2008 Victoriaville festival. The three all have extensive histories playing together in duos, but this was the first time the three had played together at once. The performance was a bit patchy, as much of the time one of the three was searching for a way to jump into the musical dialogue of the other two, especially so when Otomo and Tétreault were on turntables and Lussier was on guitar. At its best moments, however, there is some truly satisfying three-way interaction.

At its best moments, there is some truly satisfying three-way interaction.

Equipped with a “spy microphone” (presumably placed in the crowd), Otomo Yoshihide’s guitar and turntable, René Lussier’s guitar and Martin Tétreault’s turntables, this trio etches out a compelling, unedited tableau, a recording taken from their performance at last year’s 25th Victoriaville Festival of Musique Actuelle — a document that answers one delighted journalist’s plea, “This was a most magical set that will hopefully be released in the future.”

With heads, hands and souls buried deep into their instruments, the trio creates a series of meditative-to-blistering-hot swells, bursts and monitored repose, forging the works with juxtaposed styles, disparate ideals, specialized brilliance and recondite processes; at times, you might greedily lament the lack of visual cue if just to witness how they’re pulling this off, but the aural portion is still enough to enjoy the wildly unique and continually entertaining display from these experimental pioneers.

Beginning with barely perceptible hum, jangling, percussive, pointillistic strums and a meandering jazz progression, the group progresses Boum from slinking, gently fed-back tones to ripping distortion, mulched pseudo-Raga and punctuating crackles, eventually pulling the plug and ending with a stylus drug across wood (?) After the squelching Bam, a nervously fey Bim gives you reason to believe you pressed pause: the trio now focuses on simple mechanical detritus such as vinyl friction, the same sound you made when bumping into the decks at that party (boum, bam, bim, indeed), in-need-of-oil platter revolutions and sub-frequency thumps, all working toward a dark, sonically engrossing, strangely soothing cannonade. On Badaboum, Lussier (positioned center in the mix) earns his keep with frantic, technically-sound Middle-East meets Celtic flavored riffing; Yoshihide supports this din with dense, chordal grandstanding, leaving Tétreault the option of sink or swim (he elects to thoroughly scour his records into pulp).

Concerning “good performers”, Andy Warhol once observed “…they’ve seen the scene before somewhere and they’re shelved it away. So they know what the lines should be and the way the lines should come out of them.” Despite juggling an improvisatory framework, a labyrinthine ensemble, an ongoing perseverance of all parties to avoid imitation (others, themselves) and Yoshihide’s multi-polar “I’m a turntablist, no a guitarist, no a percussionist, no…”, Elektrik Toboggan is a stunning example of this wisdom.

… a document that answers one delighted journalist’s plea, “This was a most magical set that will hopefully be released in the future.”

The fifth and final day of Victo 2008 began with a mighty fine trio that hadn’t played together previously: Otomo Yoshihide on turntable & guitar, René Lussier on guitars and Martin Tétreault on turntables. It is true that Otomo and Martin have recorded previously as have René & Martin, but this was their first meeting as a trio. It seemed obvious to me that these musicians have played together before since they worked so well together here. Starting quietly with soft turntable sounds, somber guitar fragments and eerie electronic sounds, building into a restrained yet quietly exciting sound. The next piece began with René and Otomo playing a thick double feedback guitar storm, howling notes erupting together just right, eventually calming down to hushed drones, humming noises and static. A perfect combination of odd sounds. Both guitars erupted once more into an intense rave-up with Martin’s turntable noise as a great accompaniment. Both Martin and Otomo played soft, haunting sounds on the turntables together at times sounding like some radiators hissing. One of the best things about this set is the way René alters the sound of his guitar on each piece to evoke a wide variety of guitar-led sounds and episodes. Otomo is also most selective musician whether playing turntables & manipulating their sounds or playing the guitar that rests in his lap. Martin Tétreault also plays turntables differently than anyone else, rarely using records and often just manipulating the turntable itself. This was a most magical set…

This was a most magical set…