this experience ranks as one of Chadbourne’s insect and western best. — The Squid’s Ear, USA 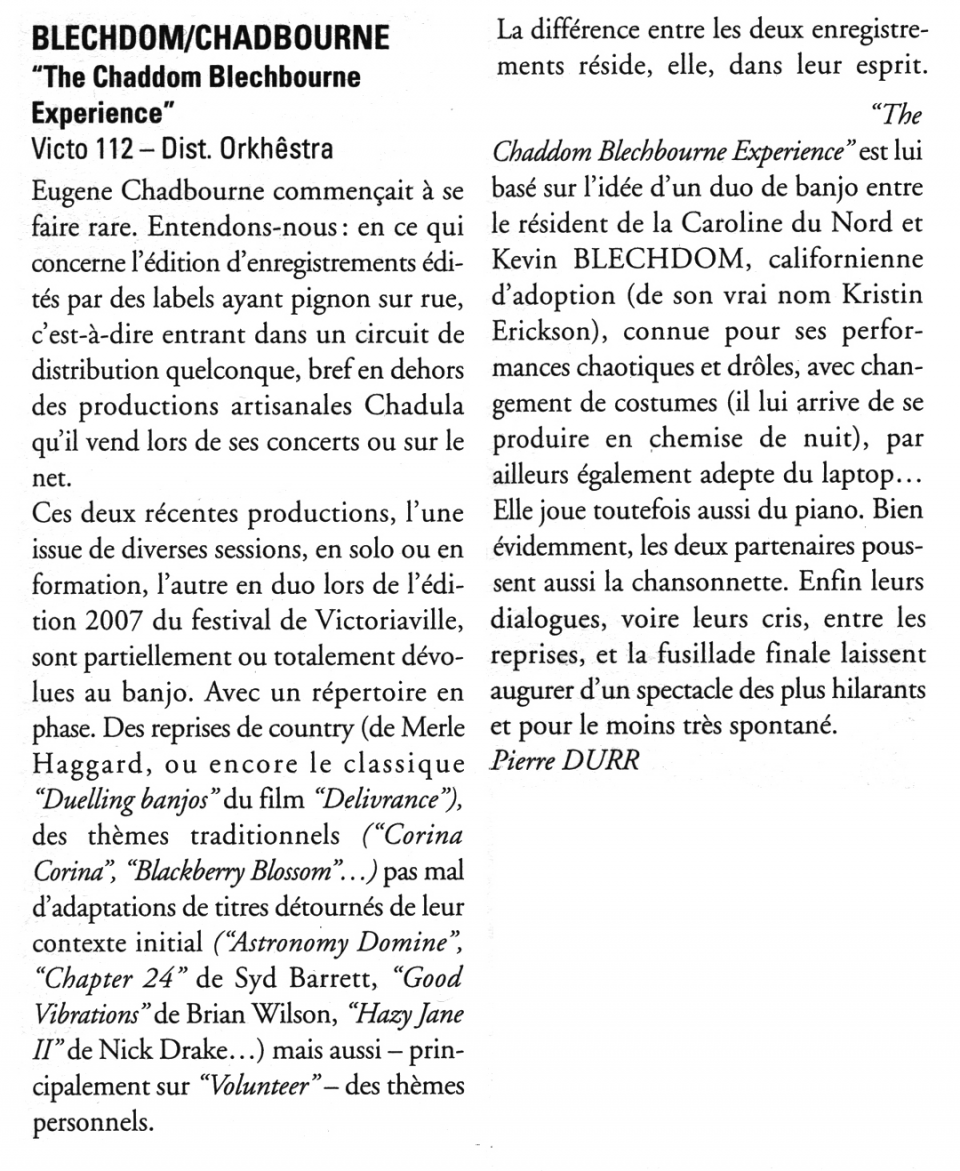