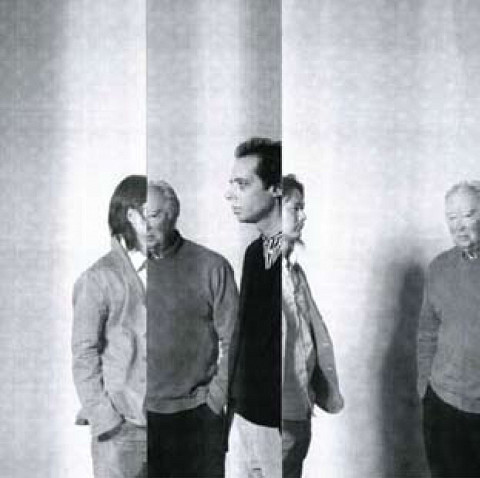 Here it may be the epic of Gilgamesh in a flood of electrons, a thick swath of static, hum, pedal-altered guitar chords and taped street scenes and voices—near, distant, in several languages, occasionally singing. — Point of Departure, USA 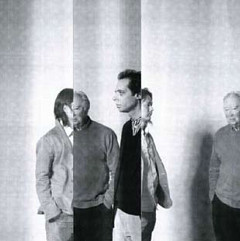 This CD consists of two pieces by one of the more unusual improvising ensembles extant. The first piece, the 33-minute Allorolla was recorded at FIMAV (Festival international de musique actuelle de Victoriaville) in 2007; the 15-minute Doo Rain was recorded in concert in Toronto in 2006. Alan Licht and Aki Onda work regularly as a duo and have previously recorded together. Licht is a versatile and creative guitarist, combining both a strong linear sense and an ability to build densely layered electronic textures; Onda is an extraordinarily original musician, the one whose medium makes the group genuinely mysterious. Using cassette tapes as his fundamental instrument, he transfers them repeatedly until tape and signal degrade into often unpredictable and indecipherable transformations of concrete elements with which he improvises. Michael Snow often joins them and his particular mix of skills both complements and expands this work. Snow will turn 80 this year and it’s likely his international reputation rests primarily on his work as a filmmaker and sculptor. He is, however, a remarkable improviser. Like the late Hal Russell, a musician of the same generation, Snow has improvised over an extraordinary range of contexts. Strongly influenced as a pianist by Jimmy Yancey, he worked regularly in Dixieland in the early ‘50s, and he’s been involved in free improvisation since the 1960s. Like Russell, he’s an intrepid improviser, the free radical in the chemistry set, and here he manages to span the improvising range of his much younger partners, whether it’s developing an orchestral voice at acoustic piano, matching electronic lines and textures with an analogue CAT synthesizer or amplifying a radio to match the verbi-vocal elements among Onda’s taped messages.

Allorolla begins acoustically with Snow darting up and down the piano keyboard –hand over hand, bass rumble to random treble splash, with some tremoloed clusters in the middle register before Licht and Onda enter and Snow joins them in constructing a passage through electronic walls. There’s a fondness afoot for the notion that “an improviser is telling a story” and that may be true of some (was Little Bo Peep or Ulysses I heard earlier? or the E flat’s loss of innocence? or does music emphasize their similarity?). Here it may be the epic of Gilgamesh in a flood of electrons, a thick swath of static, hum, pedal-altered guitar chords and taped street scenes and voices—near, distant, in several languages, occasionally singing. The layered sound can create voices of its own, beat patterns and vestigial elements that chime with other components to suggest submerged singers. The shorter Doo Rain functions without the acoustics. At times one seems to be listening through the surface sound, washes of noise making spoken messages more urgent, Onda’s cassettes a charnel house of memories that somehow arise internally in the listener.

Here it may be the epic of Gilgamesh in a flood of electrons, a thick swath of static, hum, pedal-altered guitar chords and taped street scenes and voices—near, distant, in several languages, occasionally singing.

Upon repeated listens, the first 5 minutes of Five A’s, Two C’s, One D, One E, Two H’s, Three I’s, One K, Three L’s, One M, Three N’s, Two O’s, One S, One T, One W start to seem very strange. Strange because the brief opening is familiar yet out of place. Veteran experimental musician is heard playing jazz piano, a bit discordant yet not too jarring. And it is something that, if you put the record away for a while, you’re likely to forget. A few minutes in, Aki Onda’s manipulated cassette player rips the fabric of the piano melody with a surprising whoosh. Alan Licht’s guitar soon follows, ambient at first but soon becoming imposing. The piano makes one last attempt with a little filigree before disappearing entirely. Music has lost, and sound is left to impose its will. For much of the rest of the set, recorded live at the 2007 Victoriaville festival in Quebec, Snow generates sounds from a synthesizer and a radio. In deference, perhaps, to the MIA piano, Licht’s guitar refrains from making recognizable sounds, and the remaining 40 minutes are filled with disembodied tones, ghost voices and anxious static. The result is something like a maximal AMM: the instrumentation is similar to the legendary British group in its recent trio form, but the line-up says little about the resultant sound. Snow, Licht and Onda create a nervous, visceral frenzy laced with the feeling of turning knobs. Dozens, it seems, hundreds of knobs, electrical impulses running awry. When at length the piano returns, it provides scant solace.