Each album or performance by My Cat Is An Alien is an invitation to leave on a cosmic journey, without resorting to the numerous clichés of the space music genre. Think instead of a synth-less Ash Ra Tempel coming across the quiet improvisation current. Think of stripped-down music made of looped droning guitars, caressed percussion, toy instruments and toy microphones being used while boldly disregarding all printed warnings. Think of a cosmos glorifying its vacuous interstellar space, the silence that amplifies the smallest particles of sound. Or don’t think at all and just let yourself be swept away. 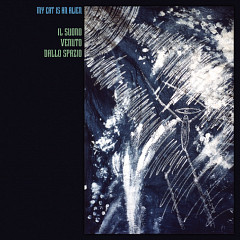 My Cat is an Alien