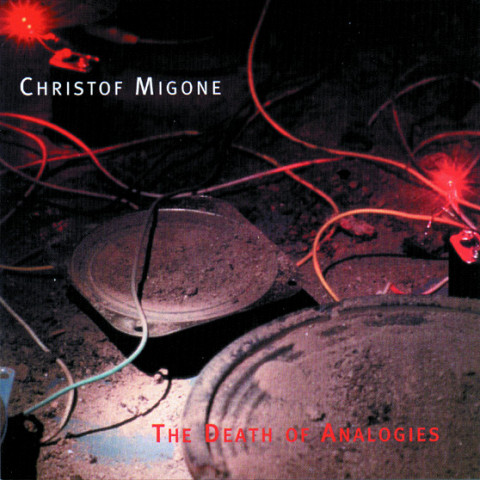 Intimate musique concrete arranged and deranged into over 90 tracks. This is a kind of personal sound effects record. It was composed between 1994-96 and utilizes a palette of sounds accumulated over almost 10 years. Some had been used in previous releases such as Hole in the Head (1994) and Solar Plexus (Radius #3, Non Sequitur 1996) but here they appear in a different form. Their point of reference has all been stripped. They are minutiae reconfigured into an impossible narrative. Some of the track titles refer back to their original context, others allude to their new imaginary role in the composition. The Death of Analogies was composed as a series of accidents, like falling down stairs, time and gravity prescribing an end, but never knowing how hurt you’ll be once the falling stops. 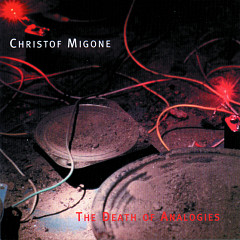 The Death of Analogies

On his third solo album The Death of Analogies, Christof Migone updates the fast edit, low tech musique concrète he developed in his works for campus radio CKUt FM in Montréal Migone delights in audio detritus — the kind of entrails others leave on the cutting room floor. In its intimacy, his debut Hole In The Head was reminiscent of Adam Bohman’s home dictaphone recordings in the way it featured his own voice or body sounds, the voices of callers to his radio show, and sounds from domestic life Death uses much the same sources as Hole but strips them of any character that might identify them, somewhat blunting his idiosyncratic edge and pushing him towards the overpopulated area of electroacoustic music If he has subjected his latest sonic miniatures to greater computer intervention, they nevertheless retain the dirty, visceral quality of his earlier album: glitch done ugly. The slightly longer explorations of a new suite called Post-Mortems nudge his work closer towards musical forms, despite its patina of vinyl surface noise.