Recorded “live” in the studio, Karusell Musik delivers 17 compositions by and with Swedish accordionist Lars Hollmer, orchestrated by Jean Derome for the Fanfare Pourpour. The Fanfare — an authentic large dance ensemble like they don’t make ’em anymore, with a brass section, saxes, clarinets, guitars, banjo, accordions, violins, and percussion — invites you to discover or rediscover the songs and tunes of Lars Hollmer.

Lars Hollmer has travelled the world with his timeless melodies full of naive beauty and dancing lyricism, in a number of musical projects. He also excels in the art of collaboration, either with Japanese musicians (the Global Home project), virtuoso accordion players (the group Accordion Tribe) or big Quebecois fanfares!

In the late ‘80s, he had even recruited sax player Jean Derome in his Looping Home Orchestra, on Fred Frith’s recommendation. And so it is egged on by Derome that the Fanfare Pourpour embarked on this adventure with Hollmer. A first - successful - attempt was made at the Festival international de musique incroyable in the summer of 2004, followed by a more official concert at the Festival International de Musique Actuelle de Victoriaville in May 2005, both times with the composer.

In October 2006, Hollmer was back on Québec soil for a week of rehearsals and recordings: the Fanfare backing up Lars; Lars writing for the Fanfare. A double rapture where the Swede’s tunes find a new home and the Quebecois fanfare is given pieces that were clearly meant for it. 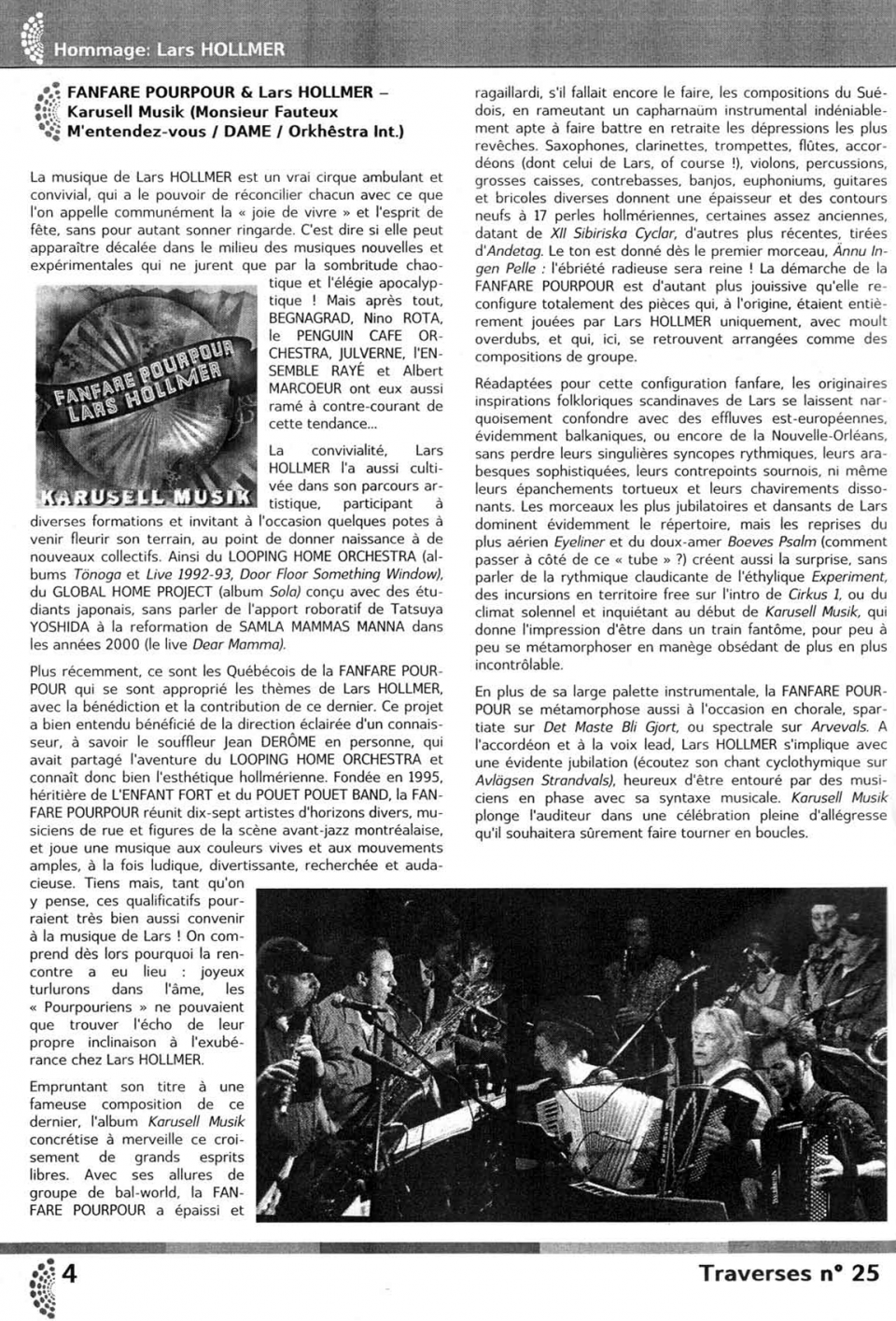 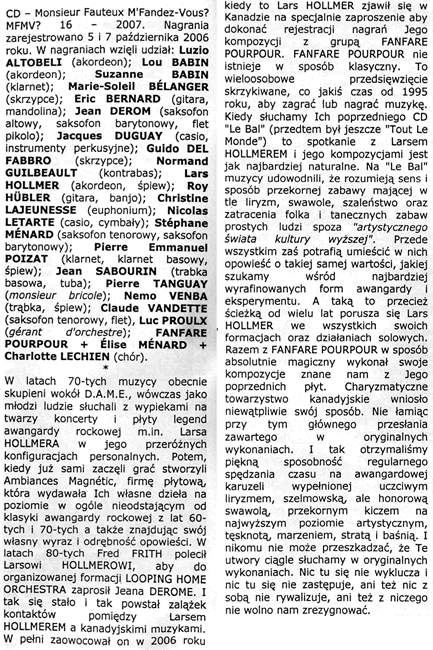