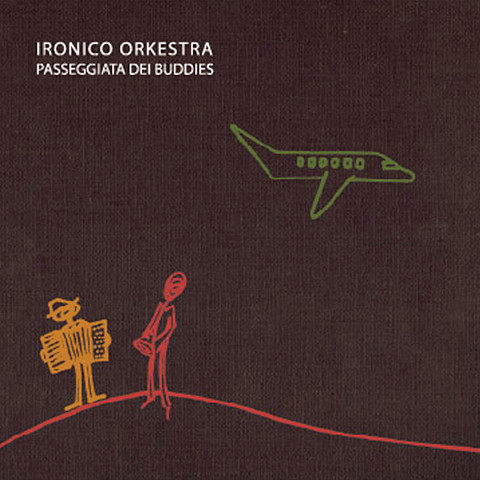 And many of their compositions are catchy. — Vital, Netherlands

Ironico Orkestra is the reunion of two reed blowers, with Guillaume Bourque on clarinet and Luzio Altobelli on accordion. Their debut CD Passeggiata dei buddies, covers various moods similar to playful and spontaneous dialogues dominated by a distinctive traditional folk spirit that is neither Italian nor Gypsy or Jew. Mostly, this is two friends playing together like kids – a stroll between buddies, as the title says. 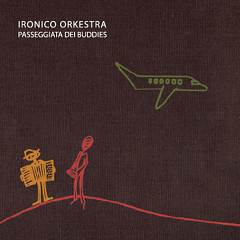 Like most CDs released on this label, the cd by the Ironico Orkestra is by a duo: Luzio Altobelli (accordeon, melodica) and Guillaume Bourque (clarinets). For their debut they took inspiration from traditional folk music of italian, jewish or other origin. Altobelli was active in the Montréal scene with his group Manouche for more than eight years. If the name does not mislead us, a group that focused on Django Reinhardt-like gipsy music. We find him also on Fanfare Pourpour recordings. With Passeggiata dei buddies he releases his first cd with this duo that was formed in 2004. Guillaume Bourque was also member of Manouche. Later he often participated in projects of Robert Marcel Lepage and Jean Derome. The duo performed at the Montréal Jazz Festival in 2005. So they had already an history together when they went to the studio for the recording of this album in 2007. Half of the compositions are by Altobelli, the other half by Bourque. The cd opens with Passeggiata I with unisono playing, quickly here after they take different roots, in order to return to unisono passages later. The combination of accordeon and clarinets works out okay. Both of them are good players. And many of their compositions are catchy. In spite of all these positive aspects, the cd failed to attract my attention from beginning to end. In some way it is all to thin. The same pieces re-arranged for a bigger ensemble would satisfy me more. More depth and interplay would be gained then.

And many of their compositions are catchy.