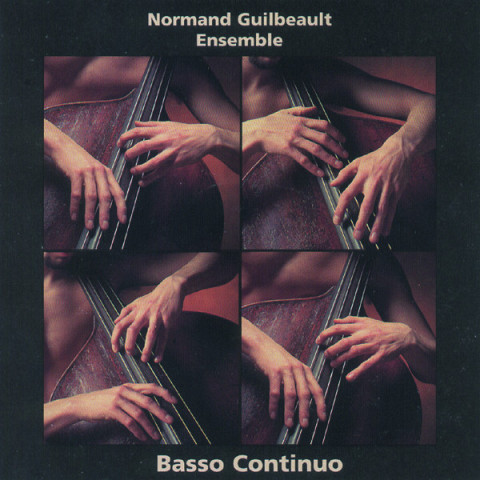 It was a warm july evening in Montréal and the city’s 15th annual summer jazz festival was already in full swing. I was with the four other judges of the festival’s Canadian band competition, sitting infront of an outdoor stage waiting for the next group vying for the 1994 Prix de jazz du Maurier to perform. We dutifully came ready to listen, but, to be honest, we were all in a hurry to take notes and then zip off to the salle du Gésu to catch Pharoah Saunders’ set.

The group we were committed to listen to was Montréal’s own Normand Guilbeault Ensemble, and, boy, were we in for a surprise. The group opened its set with a stunning original, “Transmission” (from its debut recording, Dualismus), and then followed with a brilliant rendition of Charles Mingus’s poignant “Meditations for Integration.” Guilbeault walked soulful acoustic bass lines and bowed up a storm as the rest of his quintet - Mathieu Bélanger on bass clarinet, Michel Ouellet on trombone, Ivanhoe Jolicoeur on flugelhorn and Paul Léger on drums - passionately negotiated the twists and turns of the challenging piece.

I wrote in my notes, Pharoah can wait! No longer anxious to rush off, I realized that this band was unleashing one of the strongest festival sets so far. Six days and several competing acts later, we judges met together to decide the winner of the awrd for best up-and-coming Canadian band. our discussion didn’t last long. As a result of its victory, the Normand Guilbeault Ensemble enjoyed the first of several honors. […]

[…] In summing up his musical vision expressed on Basso Continuo, Guilbeault says “This has been a project of love for me. I don’t pretend to be in that select club of bassist’s we’re honoring, but I also can’t deny their influence on me as well as on the history of jazz, I’m not trying to imitate or copy. I can only play myself. This is my thanks to all the bassists who helped me to approach the many different worlds of jazz.” 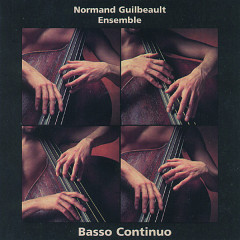