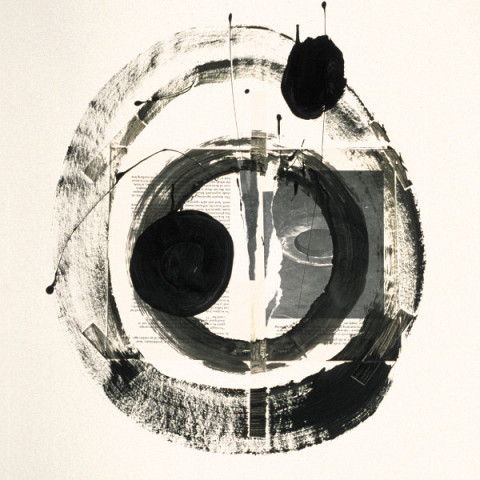 Issued at a bargain price, it’s a generous introduction to the scene. — Coda Magazine, Canada

… not at all the disparate individual self-indulgences that might be expected… — e/i magazine, USA

4 groups, 4 full-length CDs: that’s the groundbreaking concept behind this specially priced box set from No Type to celebrate the burgeoning and already quite bewildering Montréal free improv scene. Montréal Free is not intended as a complete anthology of all that is happening in this bristling city, but rather as a persistent snapshot of what one might hear at the Casa del Popolo on boulevard Saint-Laurent, where these musicians and others regularly astound audiences. Thanks to this unique box set, you can now listen to these magical spontaneous constructions in the comfort of your own home. All you’ll be missing is the pint of cream ale.

Although recorded in studio for the occasion, the four groups featured on this 4CD release are quite representative of the new sound of Montréal live improv: fiercer, rawer, oscillating between the atmospheric and the confrontational, and relentlessly inventive. The audacity of the younger performers is matched by the sheer musical insight of the more experienced musicians. A collective match made in heaven--or is it hell? With Montréal Free, we are happy to offer the world with the first comprehensive, immersive excursion into the smoky backstreets of the North American Capital of Sin. Because there is far more to Montréal than smoked meat… 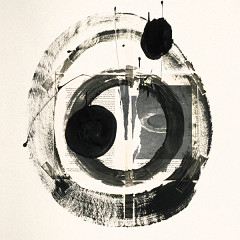 … wrote Malcolm Goldstein of his own musical approach. Bursting from the past and looking towards the future, improvisation is written in time on the mode of instantaneity; oblivious of yesterday, not bothering about the future, living a forever ephemeral existence. Improvisation is, nonetheless, the primary engine behind the music of Balai Mécanique, ’Gypt Gore, Po as well as the trio of Chris Burns, Nicolas Caloia and John Heward. Improvisation being… fierce, visceral, disturbing, alive, many adjectives which are also true of these four Montréal-based bands.

Po embodies improvisation on a tight rope. Sam Shalabi, Rainer Wiens, Alexandre St-Onge, John Heward: when the ordinary transcends itself to become extraordinary. These four musicians have each developed a distinctive language with their instruments. Within this vague framework, sounds and silences interlock to compose a pluridimensional mosaic. Sam Shalabi, Rainer Wiens and Alexandre St-Onge fiddle with electric guitars and doublebass, picking and preparing every conceivable aspect of their instrument, while John Heward exploits the complete chromatic tonality of his drums and cymbals. Po’s musicians redefine their instruments by restraining what they are not, and by thinking differently of what they are.

Balai Mécanique is on the other side of this spectrum: six instruments that assume their own identity to the point of radicalism. The guitar screams, the alto saxophone yells, the bass trombone growls, while keyboard, doublebass and drums are hit on pitilessly. Balai Mécanique’s six musicians assemble a sonic vortex out of an incessant thread of notes. The result is an explosion of great magnitude which thrice knocked the Casa del Popolo’s audience on its seats. Balai Mécanique, or improvisation at its most intense, and most violent possibly…

In a certain way, ’Gypt Gore is in direct lineage with Balai Mécanique, particularly so far as ardour and intensity goes. The duo however is different enough, if only because of the sheer speed and perpetual entanglement of the notes. Like a torrent of sounds storming into your ears, Sam Shalabi’s electric guitar and Philémon’s alto saxophone shout themselves hoarse in unison in an ultimate detuned, grinding roar; a perfect symbiosis between two musicians that constantly answer each other without necessarily referring to each other’s words.

The trio of Chris Burns, Nicolas Caloia and John Heward takes the shape of an appropriation of difference: three horizons, three ensembles, three approaches, three musicians… Three parallel lines that cross in a multitude of points. In the same way as John Heward explores his drums and cymbals as a sculptor would, raw matter is a primary element of the trio’s approach. In this sense, it is more about sound than music. In fact, the musicality emerges out of the collage and disposition of sounds. But it also emerges out of the disposition of musicians. From the empty ensemble to the trio, not to forget duos and solos, Chris Burns’ guitar, Nicolas Caloia’s doublebass and John Heward’s drums make real every possible combination a trio allows: 1 x 0 + 3 x 1 + 3 x 2 + 1 x 3. The trio becomes an octet thanks to the art of combinations. Improvisation here serves as a substrate to identities.

Four different models which illustrate the richness of improvisation since, after all, it is none of this and much more than that all at once, improvisation being… free!