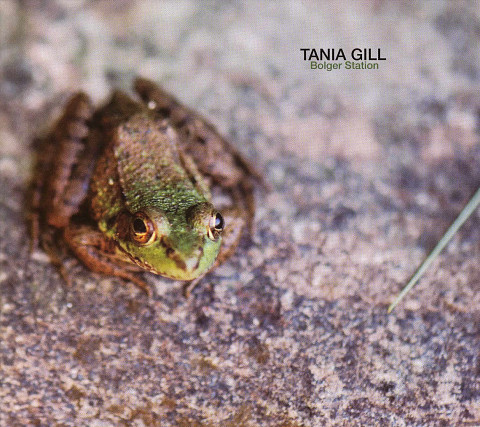 In the end, Bolger Station makes itself a destination for many travellers, journeying alone or in groups, who may at different moments find it a very familiar place, or the portal to a wilderness where no cars go. — The Globe and Mail, Canada 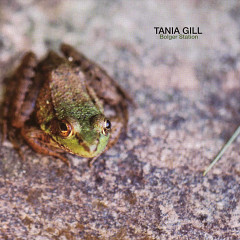 Disc of the week — According to VIA Rail, its Bolger Station in Quebec is a request-only stop in the woods, with no access by car. But maybe you can get there by listening to this CD.

Toronto pianist Tania Gill’s first solo disc begins in a quiet, ambient space that feels wide-open and watchful, flecked with single notes from Clinton Ryder’s bass and Jean Martin’s percussion. Then a major triad forms under Gill’s hands, and rolls into a simple strophic tune that feels old and new at once. It’s the title track, and the overture for a whimsical album-length tour of one woman’s forest trek through jazz, pop and other kinds of melodic music.

Melodic is the key word. The piano is great for presenting a compact view of music’s vertical dimension — its chordal structures and harmonic shifts — but Gill’s mind also runs strongly along the horizontal. Her solo playing can sound like instrumentalized voices, each line having its own co-dependent life, as in Bach or Hindemith. In a tune like Peter Johnston’s On My Sleeve, the harmony forms a vapour trail from melodic notes left to hang in the air behind the moving parts. The tonal centre feels elusive, till the sly affirmation of the final moments. On this album, the path that takes you home through unfamiliar woods is always the most fun.

In other numbers, it’s the rhythm that makes itself unfamiliar. Magpie begins with an appealingly angular, bebopish tune, as laconic as anything by Thelonious Monk, then lopes into a free-wheeling movement that’s full of energy but slips the beat around like the pea in a shell-game. Paso springs from a jumpy, regular bass-line into a gliding fairground waltz that comes and goes like a memory of familiar places, returning most strongly whenever the music’s centifugal force threatens to burst the thing into aphorisms.

Waltz-time returns in Bicycle, again acting almost as the ground for a palimpsest that at times obscures it entirely. The lilting tune of Wilf Carter’s Maple Leaf Waltz emerges rather abruptly from a spatter of obscurely connected single notes that persists beyond Gill’s vocal performance. “The music may stop for a while,” she sings, and pauses, as the instrumental chatter continues; and then she jumps back into the verse, like someone who has fallen out of a dance whose steps require a rummaging of personal history to remember.

The fracturing of an existing melody is only the most obvious way in which this disc reminds us that you don’t need many notes to be melodic. How many? Maybe not more than one, if you play it in the right place, with the right tone and feeling. Fortunately for Gill, her colleagues are also masters of that kind of melody. Trumpeter Lina Allemano is especially good at the melodification of thought and sound. Her finely textured improvisations are always intent but casual, as if she were merely picking out notes and phrases that have always been there, waiting to be made audible. Her complexities feel natural and almost self-evident.

That’s true of the record as a whole. In the end, Bolger Station makes itself a destination for many travellers, journeying alone or in groups, who may at different moments find it a very familiar place, or the portal to a wilderness where no cars go.

In the end, Bolger Station makes itself a destination for many travellers, journeying alone or in groups, who may at different moments find it a very familiar place, or the portal to a wilderness where no cars go.