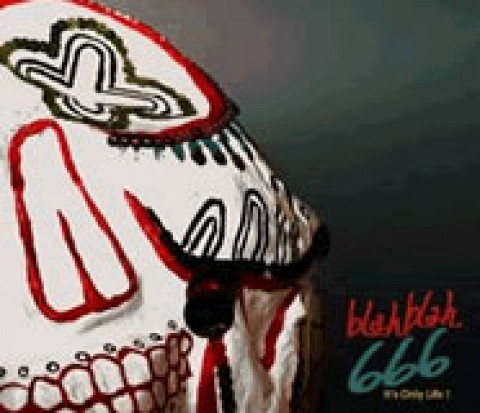 The sense of fun comes through… — Paris Transatlantic, France

This is Blah’s long-awaited debut release. An eclectic assortment of unfortunate accidents that stumbles and falls somewhere in that exquisite grey area between pure old-fashioned entertainment, pre-harmonic bop, and Canada’s new wave of avant garde mariachi.

Jean Martin and Nick Fraser (aka Skins) simultaneously play one drum kit, Justin Haynes plays home-defretted guitar, Ryan Driver plays a bristle from a standard street-sweeper (as a bass), and Tania Gill plays melodica. The results are truly unprecedented. It’s Only Life! features wild-hearted interpretations of fascinating original compositions by each member of the band (with a few Mexican classics interspersed). 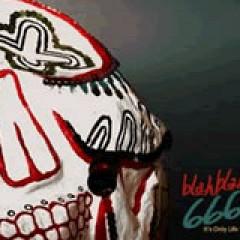 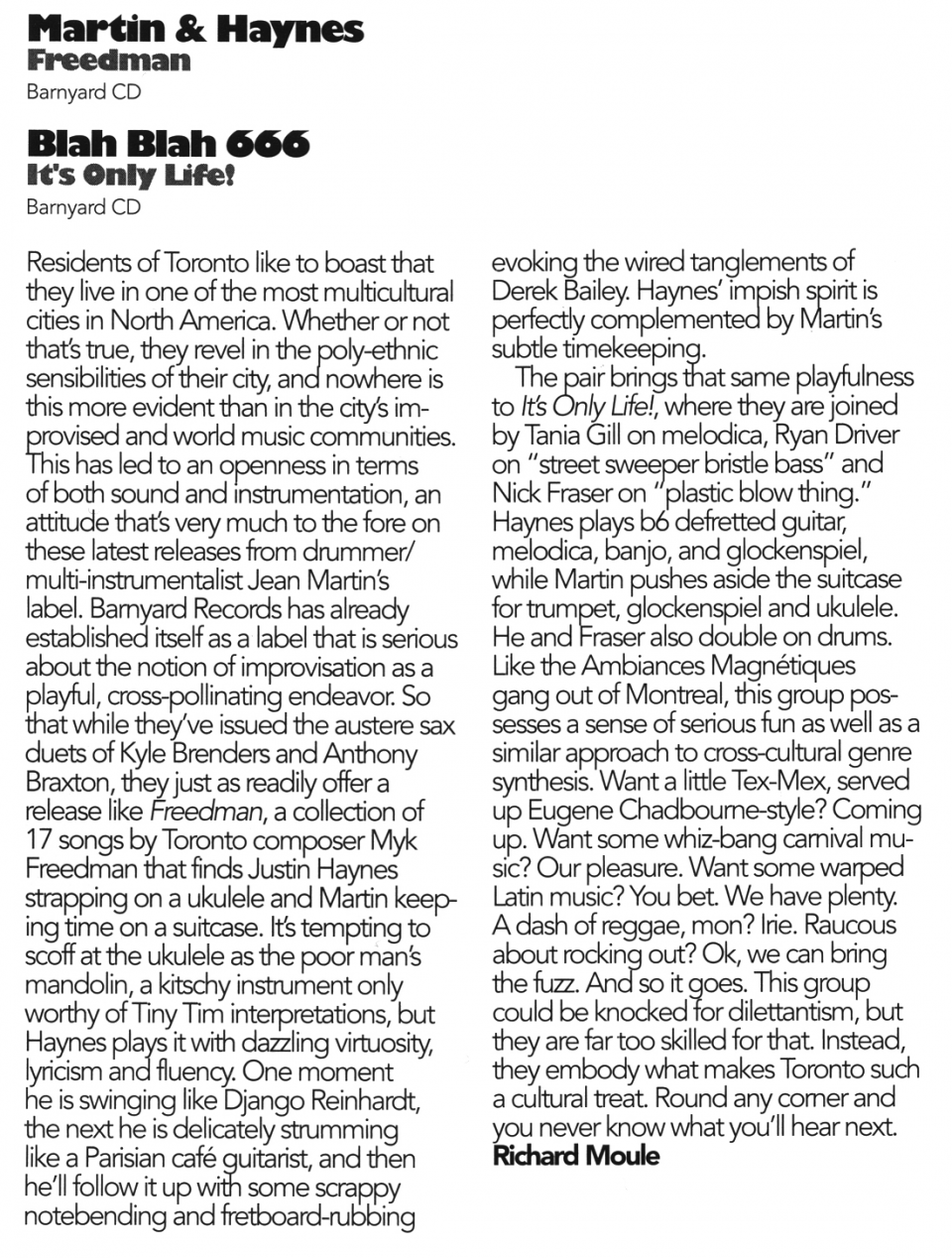 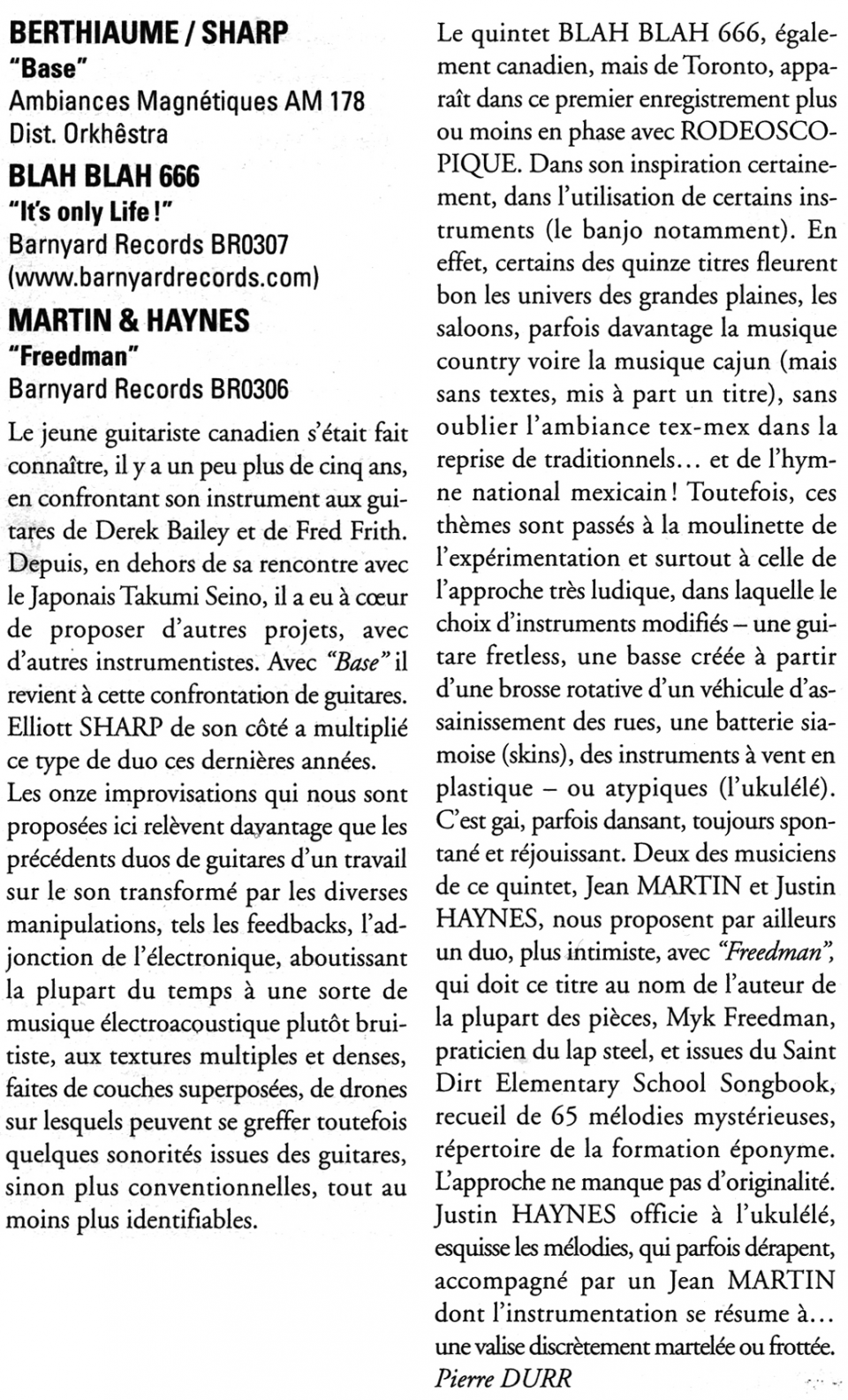 It’s Only Life! is by the determinedly offbeat quintet Blah Blah 666. It’s best described as postmodern, DIY vaudeville (banjo, ukulele, ricky-tick percussion, tootling melodicas, glockenspiels) with south-of-the-(American)-border touches, including covers of La Cucaracha and Mexican Hat Dance. They’re probably a band to see live, given the bizarre visual component of the music — Ryan Driver (of the Reveries, another of Toronto’s more self-consciously bizarre ensembles) plays a bass made out of a broom, and Martin and Nick Fraser play a single drumkit simultaneously, at least when one of them’s not playing “plastic blow thing” or trumpet — and perhaps it’s better to think of this as a kind of celebration of the collaborative, communal nature of this city’s music scene. The sense of fun comes through even just on disc, but unlike other offerings on the label, this one relies too much on charm and stylized tattiness.

The sense of fun comes through…