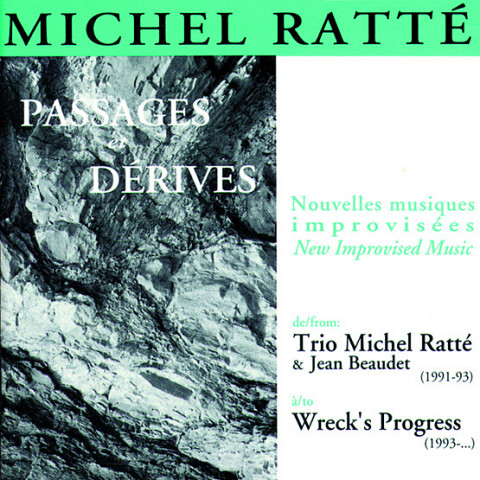 Following his debut album, Musique ~ Idée, released in 1990, Michel Ratté now presents his second CD called Passages et dérives (“Passages and Driftings”), on the AMIM label. A drummer and percussionnist, Michel Ratté introduces a highly singular, unexpectedly deep approach to his music, which draws from the Afro-American tradition as well as the unusual approaches to current-day improvistion (notably European currents), while never subscribing to either camp (or any camp we’ve heard of, for that matter).

Passages et dérives feature eight pieces that question the gesture of improvisation and surpass the contradiction inherent in the relationship between spontaneity and reflection. This CD also illustrates the passage (and drifting) from one singular improv project to another: starting with the Trio Michel Ratté and Jean Beaudet to the cerebral mess of Wreck’s Progress. Also included is a 28-page booklet (with English translation) written by Ratté, in which he eloquently clarifies the context of this exploratory music. 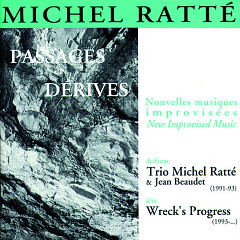