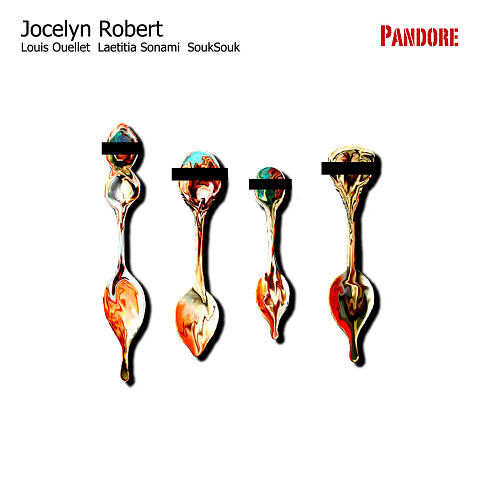 Over the last twenty years, the work of Quebecois artist Jocelyn Robert has branched out like a tree, the new directions often being the result of collaborations. The four-disc box set Pandore illustrates the diversity found in his sound universe. This is his first release on Ambiances Magnétiques.

The four discs Robert offers here showcase his solo work and highlight the significant contribution made by the artists who have worked with him through the years. Four extremely diverse albums, which, when taken together, sketch the sonic tree growing inside his ears.

6 Drawers 4 Spoons, by SoukSouk, a group made of Jocelyn Robert and Éric Gagnon (AM 140): Two musicians meet in the studio, question each other and gradually build atmospheres together as they forge a relationship. This album consists of acutely different sequences of music. Robert and Gagnon are serving up a digital/acoustic alloy: they are playing soft guitar melodies, coming up with creative editing and effects, and treating vocals and urban sound samples.

Slow Sparks from the Split-Voiced Buddha (AM 141): A solo set derived from ambient sounds recorded by the artist in Lhassa, Tibet. This 40-minute electroacoustic piece features long, interwoven sustained notes that turn out to be the very sounds of the Tibetans.

Les Scaphandres (AM 142) with Laetitia Sonami: Working around a text approached as a digital object instead of a piece of written language. This is noise music: tightly packed, rigorous, with a violent pulse.

24 exercices de parallaxe (AM 143) with Louis Ouellet: Exploring the rules of music composition and measuring them up with computer programming. Here we have a classical approach with short piano pieces. The two artists have programmed software for the Disklavier piano. 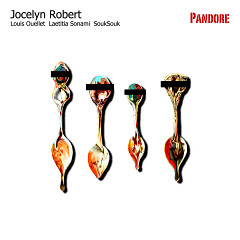