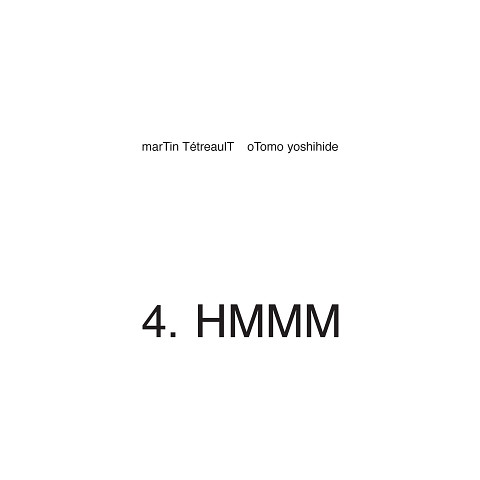 This item is also included in the Grrr Tok Ahhh Hmmm box set (AM 902).

… carefully cultivating a sound whose steady licking of flames… — Signal to Noise, USA

Following the success of 1. Grrr, 2. Tok, and 3. Ahhh, Martin Tétreault and Otomo Yoshihide are celebrating the release of 4. Hmmm. This fourth disc completes the long-awaited box set!

This album, like the previous three, contains excerpts from concerts recorded on a fast-paced European tour, in a 15-date, 16-day marathon organized by Les Instants chavirés, in co-production with SuperMusique. 4. Hmmm culls the pieces left over from the first three records. Aiming at something very nuanced, this album presents a little bit from all three facets: something noisy, something percussive, something calm. Noise still reigns over the music, with its distortions, feedbacking, dissident pulses and strident crackling. Hesitations over the album’s title yielded 4. Hmmm. This album is released in a limited edition. 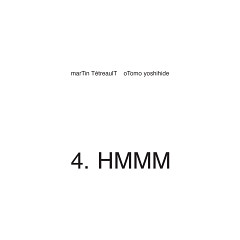