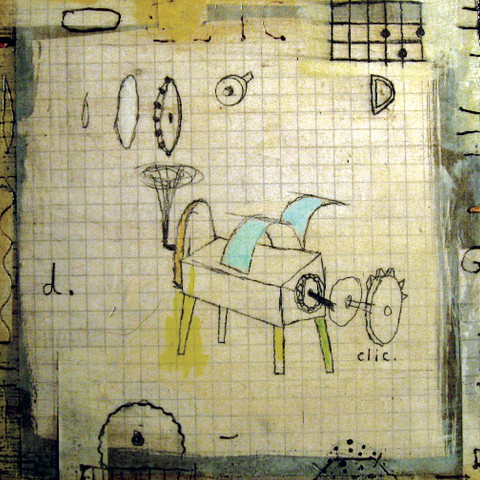 Clic consists in a group of six pieces written in the studio. The musicians never actually performed this music together; they recorded their overdubs one by one. Most of the material had been composed beforehand, but part of it came to be in reaction to what the musicians were playing, occasionally through improvisation.

With Clic, what I wanted to do was to experiment with unusual metronomic applications. For instance, the ever-changing tempo in Yéti; the superimposed tempi in Mule, Thon, Neuf, and Fête; the tempo changes in Neuf, etc. Also, Watt and Clic feature two-part canons, each with its own tempo.

Most of this music would be near impossible to perform live. It was written specifically for a record. I like the idea that the record is to cinema what the concert is to theatre. Filming a play rarely makes a good movie.

In the course of this record, you will find (more or less obvious) tributes to and winks at the following musicians: Aksak Maboul, Anthony Braxton, Captain Beefheart, Franco Donatoni, Les Granules, Conlon Nancarrow, Igor Stravinsky, and Robert Wyatt. (BF) 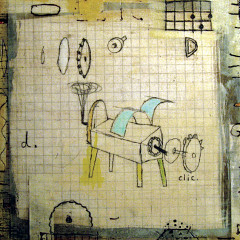