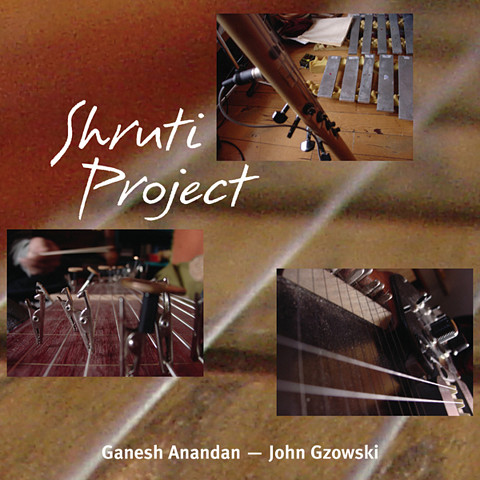 Shruti is a Sanskrit word to denote pitch and interval. A word that also means ‘that which is heard’ and the smallest intervals of pitch or the spaces between notes. The Indian gamut currently has 22 shrutis in an octave. Ganesh Anandan and John Gzowski are two musicians from different musical backgrounds with a common passion for original tunings. They met in 1996 when John invited Ganesh to play in his microtonal Critical Band at The Music Gallery in Toronto, Canada. John works with an array of self designed micro-tonal guitars and stringed instruments while Ganesh has been working with self built melodic percussion and string instruments based on the Indian Shruti system. In 2006, Ganesh proposed a series of structured improvisations using “original tunings” from India, Indonesia and Contemporary composers. Some specific instruments and scales were chosen: John Gzowski plays a recreation of Harry Partch’s adapted guitar, a ukelin and other self designed instruments including a 19-tone equal temperament guitar and the electric dowel. Ganesh plays a self designed 12 stringed instrument called shruti stick which is struck, bowed and played with fingers. He also plays two sets of tuned metallophones, kanjira, moorching and does vocalizations inspired by the sounds of certain Indian languages. Both musicians understand improvisation in the context of “Indian and Western musical styles”. And using these unique instruments their music moves organically from an “Indian melody with its gamaka” to a “western style improvised music”. Each piece has surprises with a rich variety of tunings, textures and rhythms played on instruments seldom heard. 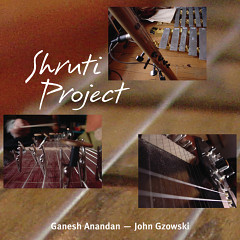