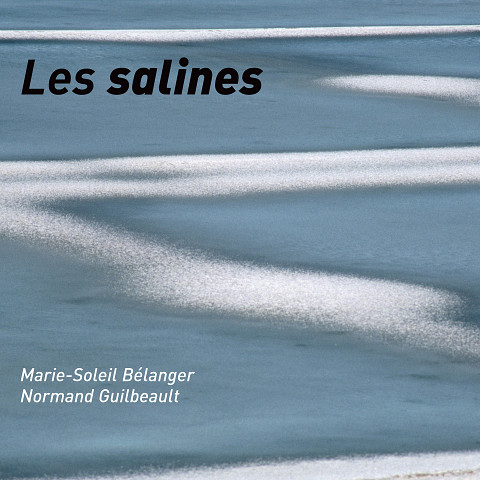 Fall 2005: While on a tour of France, Marie-Soleil Bélanger (who compulsively loves water) and Normand Guilbeault (a salt fan) had the chance to visit Guérande (Britanny) and its salt marsh. The two musicians were presented with a strange landscape cut into tanks, like the squares of a quilt, with small white mounds of salt scattered all around. The whole thing is set on a horizontal surface that is stretched and diced.

Salt is an essential element of mankind’s life. Early on, this vital product was exploited and commercialized on a large scale. Although the first salt-marsh were most likely built by the monks of the St. Michel’s Abbey in the 12th century, the salt industry really took off only during the 15th century. Nowadays, salt producers (or salt-makers) are applying age-old techniques, since the operation of a salt-marsh has remained almost unchanged since the Middle Ages.

Tucked between sea and land, salt-marshes form a privileged natural environment home to a fertile though fragile ecosystem. This environment is very rich and hosts a large number of unique bird and plant species. By making sure that the water in the tanks is renewed and by maintaining water levels in the marsh, the salt-maker preserves this natural habitat.

As for water, it has already become a global political issue: drinking water, water for cultures, water of industrial use. Water is now a highly coveted resource, generating numerous debates about its distribution and sharing. Right now, 1 billion people on the planet do not have access to drinking water. We often hear of water wars and water management. Will water really become an issue in the conflicts of the 21st century? The current crisis is about more than rarity. It also covers the distribution, allocation and choices made regarding water.

Salt brings thirst and water needs salt for the human body to absorb it. Salt water is undrinkable, but we can extract salt out of it. These two complimentary elements inspired the Les salines project, for which musicians Guilbeault and Bélanger wrote 14 pieces. This music work sees the infinitely small brush elbows with the infinitely large. Impressionistic music evoking wide flat landscapes. At times fragile, at times strong, Les salines brings to mind tiny crystals of salt and salt-marshes, but also the sea and the various incarnations of water. A successful marriage between composition and improvisation, noise and lyricism, discipline and freedom. 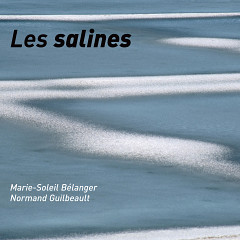