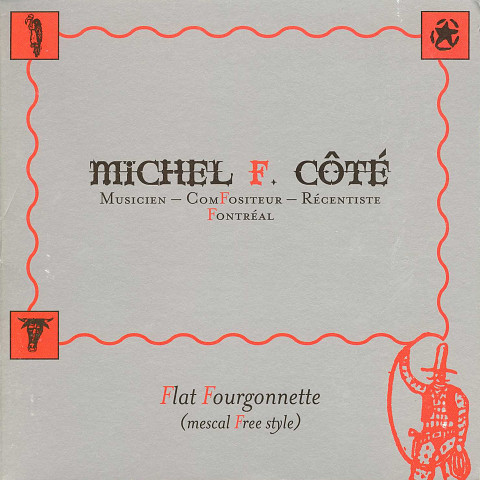 … it would aptly describe this remarkably entertaining record. — Signal to Noise, USA

This is instantly one of the best of 2006. — wReck thiS MeSS, Netherlands

With Michel F Côté, we never know what to expect! This time, his new project is nothing less than a gunfight at the OK Corral, and no one knows who, between country or actuelle music, will walk away the winner… Flat fourgonnette (that can be very rougly translated as “Flat pick-up truck (Mescal free style)”), is Michel F Côté’s attempt at “american” music: hybrid, unpredictable and funny.

“This is an album of American music. There are cowboys and horses, a saloon and its pretty manageress, an Italian immigrant, a love story, a ride through the desert, and even an Indian or two. Nothing experimental, 100% animal. Flat Fourgonnette is like an old story-telling buffalo; his imprecise recollections are endearing. I like hesitations and mistakes – they are more poetic, more revealing than the olympic, boring virtuosity we are used to. Yee-Haw!!!” —MFC 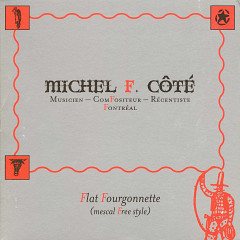