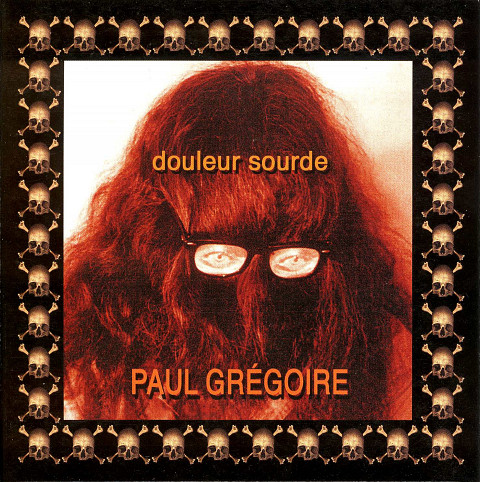 Ambiances Magnétiques presents the debut album from sculptor, musician and performing artist Paul Grégoire. “Douleur Sourde" is a CD of songs. The music is slow and melodious, and often borrowed from a known repertoire. Lyrics are unique, occasionally anecdotal, always sensitive, and present a certain level of reflection on social matters and a touch of humor, while remaining dark.

Paul’s backing musicians are: Drae Rival and his highly unique guitar playing, with unusual and unexpected chords; drummer Jonas Slowenski, whose philosophical slowness could not better match the spirit of the album; René Lussier, who plays all the instruments in two songs: he handles guitar, bass, percussion, feet, and whistling; Paul Hubert’s vitality, his extremely energetic guitar playing; Fred Boudreault who, with his doublebass, contributes to the gloomy, rumbling side of the music; Jean Derome, responsible for the beautiful and delicate arrangements and also one gripping solo; and finally Michel F Côté, who plays drums on almost every song, but who also coordinated the project and without whom this album would not exist today.

A multidisciplinary artist, Paul Grégoire has been active in the fields of sculpture, music, literature, and performance since 1970. Naturally, he took care of the album sleeve, which includes a booklet with lyrics and illustrations for all the songs. “I wanted to leave my mark, but like with certain exhibitions or performances put together to sum things up, I needed to complete a cycle and summarize a few years of pleasure and work in music." -Paul Grégoire. 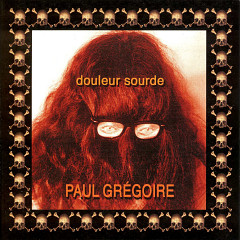 Paul Grégoire is a multidisciplinary artist from Canada. Since 1970 he has been active in the fields of sculpture, music, literature, and performance. In the 90s he played saxophone in several groups in the bars and galleries of Québec. From 1996 till 1999 he was the sax-player and singer of Whisky Blanc. In 2004 he recorded some of the songs he played with this group for his first solo album Douleur Sourde. It’s an album of traditional songs. The music is slow and melodious, and often borrowed from a known repertoire. The album opens with Jardin d’ogives. It has a great solo by Jean Derome on sax. We hear more evergreens of this kind on this album. Not exactly my cup of tea. But I must say all the songs have been arranged with taste. Grégoire has the company of some reputated musicians like Jean Derome (sax), René Lussier (guitar, etc.) and Michel F. Coté (drums). Also lesser known musicians were invited like guitarist Drae Rival and drummer Jonas Slowenski. They do a good job, and give funny and interesting interpretations of the songs. Grégoire wrote all the lyrics that are sung by him in french, a language I do not speak. So I can’t tell you what the lyrics are about. But the information says they are “unique, occasionally anecdotal, always sensitive, and present a certain level of reflection on social matters and a touch of humor, while remaining dark”.

… all the songs have been arranged with taste.