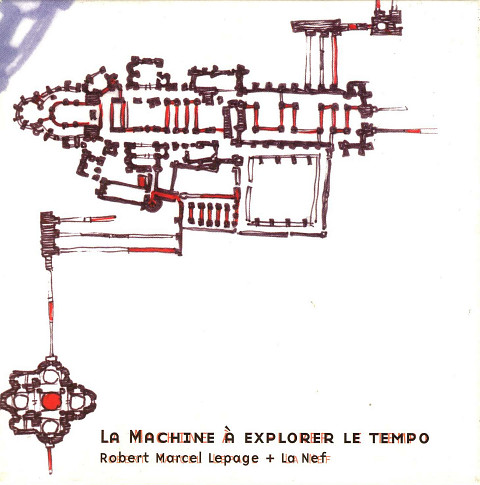 If the music makes you smile, it will have accomplished its aim… — Coda Magazine, Canada

La Machine à explorer le tempo (The Tempo Machine) will allow our courageous chrononauts to visit three music-time Paradoxes: passing Time, running Time and slipping Time. Each dive will take approximately twenty minutes. Our inspiration tanks allow up to 33 1/3 minutes of uninterrupted diving, but in order to preserve the security of our adventurers and our audience, we will keep to the thirds of an hour as measured by the marking standard at the Time Institute in Paris. The instrumental configuration of our ensemble forms the body of our Machine. It can be driven by many means, such as reading, improvisation, and even auto-pilot. We have two, three, and four-stroke engines fueled by rhythmic, melodic, harmonic, and noise patterns.

First Paradox: Time passes… and the clocks bark. We will leave present Time in destination of the first Paradox at 9:03 PM on March 8th, 2003. Our schedule points out that we will be running on fin-de-siècle musical motifs such as: Confitures de sable, Le Tamponneur de triolet, La Nef en bateau, etc.

Second Paradox: Time flies… like a butterfly. We will begin a second dive toward flying Time at 9:25 PM, unless a delay is necessary, by seguing into North-American ballads like: Le Bivouac, Le Pied-Tendre, La Ballade des patates sucrées and On tue bien les chevaux… que faire des banjos?

Third Paradox: Time slips by… we must seal it. If Time allows us, a third dive will begin at around 9:45 PM and take us toward Hygiène des rebuts, Le Chat dans le tordeur and also Oups! J’ai échappé ma boîte d’accords majeurs. We’ll do everything in our power to catch up on lost Time, knowing very well that Time needs time from time to time. Nevertheless, this is the only show with an expiry date that promises a future discovery. 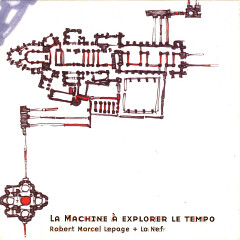