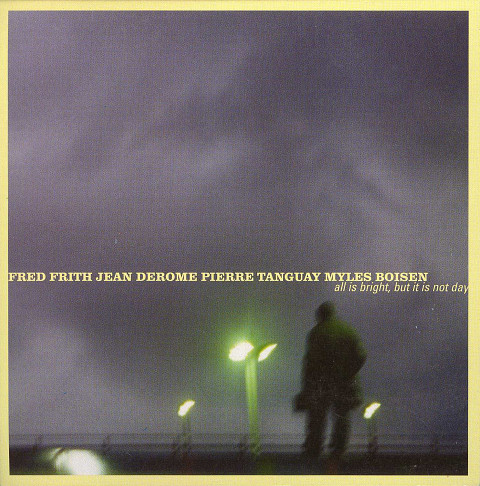 Only a listen will demonstrate the breadth of this sturdy musical exchange between three excellent musicians, virtuosic with listening and improvisation, and a rogue recording engineer. — Downtown Music Gallery, USA

The music is dramatic, playful, frightening, complex, joyous, thoughtful, accessible and a little bit tilted. All improvisations should be so successful! — The Squid’s Ear, USA

The three musicians involved in this trio have known each other for a long time, but this CD is the result of a very new collaborative project. Recorded in a California studio, this CD is also the singular result of spontaneous, real-time sound processing. Only a listen will demonstrate the breadth of this sturdy musical exchange between three excellent musicians, virtuosic with listening and improvisation, and a rogue recording engineer.

Fred Frith has invented his own way to improvise. Since his first solo guitar recording in 1974, he has been perceived like a radical innovator of great talent. On the course of 30 years, he has been working around the world with famous artists who are equally interested in similar creative processes. Composer and saxophone player Jean Derome, and percussionnist Pierre Tanguay, are two of these artists. Derome and Tanguay have played together in a myriad of projects since 1980. Based upon intuitive communication, the result of a long friendship, Jean Derome and Pierre Tanguay continually establish a joyous ambience, blooming with precision and freedom. As for the recording and mixing engineer, Myles Boisen, he shows himself to be both sensitive and audacious.

The meeting of Frith, Derome and Tanguay, three highly experienced musicians, with Boisen produces nothing less than explosive psychedelic music. Real-time processing is a fundamental asset here, as the new sound matter it brings forward have a radical effect on the perception of music. 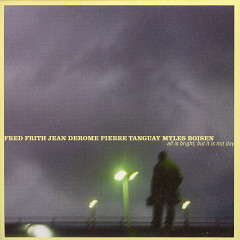