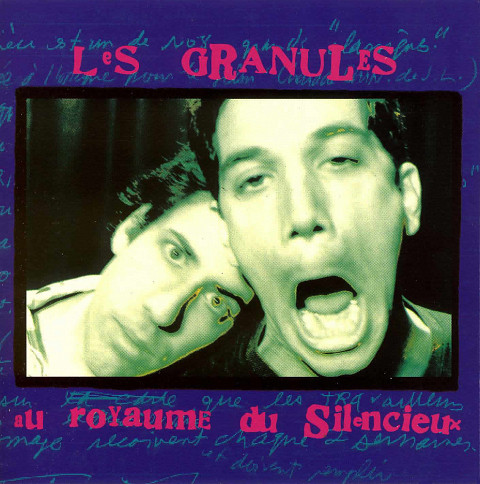 The result is very impressive as it takes the listener closer to the duo’s madness and one-of-a-kind sense of humor. […] this is their most accomplished and exciting record and may very well be the best record from all the Ambiances Magnétiques catalogue (especially for a non-francophone who can’t appreciate Lussier’s Le Trésor de la Langue to its full extent). — AllMusic, USA

Les Granules: “We’ve been working together, composing, interpreting and improvising since 1978. We impose no stylistic restrictions on ourselves and believe that beauty can be had in the incongruous coming together of stories and ideas. Our collaboration has always been based on the work of the man-orchestra, the integration of sound tapes, an almost cinematographic vision of musical series and a broad stylistic field extending from improvised music to folk, and from contemporary music to rock.

Au royaume du silencieux is our third album. The pieces have been recorded in real time with no overdubbing. The resulting sound is rougher than our earlier records. Each composed or improvised piece was studiously restructured through collage. Slight differences in pulse, tuning as well as subtle shifts in tempo or from one recording to another, have been left evident rather than hidden thus creating a mosaic or quilted effect.” 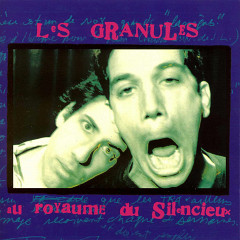