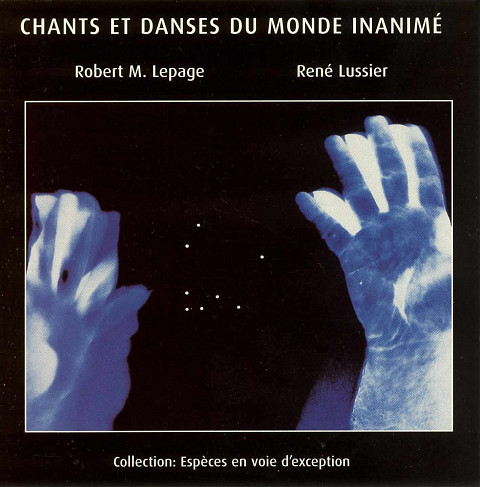 The pairing of Lepage’s sax and clarinet wails with Lussier’s dry, percussive guitar is at once playful and skilled. […] typically, what sounds at first like a random noise becomes a theme that is built up and then destroyed. I can imagine the smiles on their faces as they recorded this. — Option, USA

Chants et danses du monde inanimé, an early collaboration between René Lussier and Robert Marcel Lepage, was released for the first time in 1984: this compact disc reissue also includes 30 minutes of new music recorded in 1996. Bashly rhythmic, nicely paced duets -- part composed and part spontaneous -- often with solid and complex rock beats that range from the deep and introspective to the wild and comical. The music is thick with textures, keen with penetrating sounds, and conceived with an acute sense of how things fit together be they music and society or tongues and cheeks. 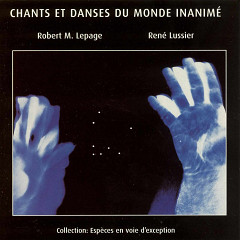